The City Commission hired Jose Luis “Puma” Rodriguez, 39, of La Joya on Tuesday night. Rodriguez — who police arrested on theft, drunken driving, evading arrest or detention, and drug charges during the past two decades — will work at the La Joya Youth Center as a part-time coach.

“We don’t have any policy that says we can’t hire anybody that’s been in jail,” said Mayor Jose A. “Fito” Salinas. “I don’t know if you have been in jail. I don’t know about Puma.” 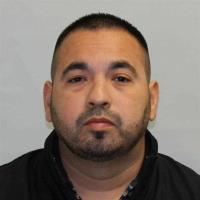 City Manager Mike Alaniz recommended Rodriguez for the position, Mayor Salinas said, adding that he didn’t ask whether or not Rodriguez had a criminal record.

“That’s up to the city manager,” Mayor Salinas said. “We take his recommendation.”

“We do have a vacancy at the housing authority and I would like to recommend Jose Luis Rodriguez,” Mayor Salinas said on Oct. 9, 2018, when the City Commission considered the matter. “Alias ‘El Puma.’”

Rodriguez, however, never attended a housing authority board meeting.

Rodriguez also had a criminal record.

On Aug. 8, 2002, a La Joya policeman attempted to arrest Rodriguez.

“Jose Luis Rodriguez was a suspect on a theft and a criminal mischief case reported to us by Mr. Billy Leo, a store owner in La Joya,” according to a report filed with the Hidalgo County District Attorney’s Office. “Officer Hernandez ordered Jose Luis to stop but Jose Luis refused to stop and ran away from Officer Hernandez through several houses and got away.”

Officers arrested Rodriguez the following day on charges of evading arrest or detention, a Class B misdemeanor, and theft, a Class C misdemeanor.

Rodriguez pleaded guilty to evading arrest and detention, according to Hidalgo County court records. What happened to the theft charge remains unclear.

Officers arrested Rodriguez again on Oct. 25, 2009, when a Mission Police Department corporal stopped him for driving erratically on Conway Avenue.

Rodriguez had slurred speech and smelled like beer, according to police department records. The police corporal also found two open, 24-ounce cans of beer on the passenger seat.

“The suspect refused to perform any test and became belligerent,” according to police department records.

He pleaded guilty to driving while intoxicated, a Class B misdemeanor.

Rodriguez also had problems in Cameron County, where he pleaded guilty to possession of a controlled substance, a state jail felony, in May 2017.

A judge placed Rodriguez on deferred adjudication. The court discharged him from community supervision in August.