With students at Lloyd M. Bentsen Elementary School gearing up for their STAAR test, the school surprised students with a visit from one of their own to motivate them for the exam.

Arlene Santana, a graduate from the La Joya school district, spoke to students at a pep rally held Friday, April 5 on her career as an actress and to remind them of the importance of studying. 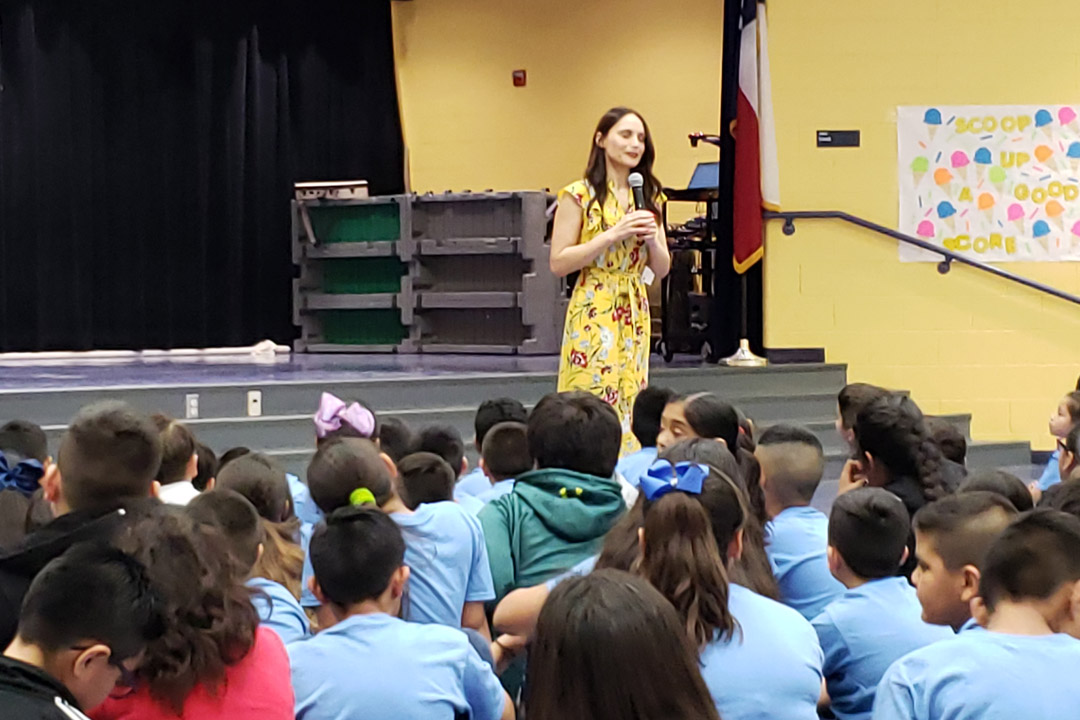 “I was a student at John F. Kennedy Elementary School down the road from here,” Santana told students. “My favorite subject was history, I can talk about it all day. I loved being a student, loved taking notes, doing my homework, was in several extracurricular activities like student council, part of the Spanish club, and also in athletics.”

Santana, who attended St. Edward’s University in Austin and graduated with a Theatre Arts degree, moved to Los Angeles in 2003 to pursue a career in acting.

Santana, whose credits include the movie “Fast Five” and in the last year, appeared in episodes of “Brooklyn 99,” For the People” and “NCIS.”

“I never had anyone come to my elementary school to tell us ‘I grew up here, look at what I’ve accomplished and you can do this too,” Santana said. “I want to be a role model for them like this and spend time here as much as possible and tell them they can achieve what they can.”

Santana said as a former student, she relates to any stress students will go through as they take the STAAR test.

“I was a horrible test taker so I know how nerve wrecking it is,” she said. “These kids look excited but I know once they take the test it’ll be a different story.”

Bentsen Elementary Principal Hilda Mendoza praised Santana and Santana’s sister, Melissa Jaime Montelongo for the event. Montelongo is a 2nd grade teacher at Bentsen and invited Santana to speak to the students.

“I’m a product of La Joya and it’s good that our own people come back and educate and motivate our own,” Mendoza said. “Today we had a former student who never forgot her roots and continuously comes back, and one who makes it her job to shape her students.”