Students at La Joya’s Juarez-Lincoln High School spent their Saturday morning putting the leadership skills they’ve been taught at school into practice by participating in a community cleanup in Alton.

30 students from the school, all members from the campus’ RGV Lead Ambassadors and Lions Leo Club, spent the morning of April 6 picking up trash along Chicago Street in Alton as part of the city’s trash-off event where the students and other city officials picked up trash along the city. 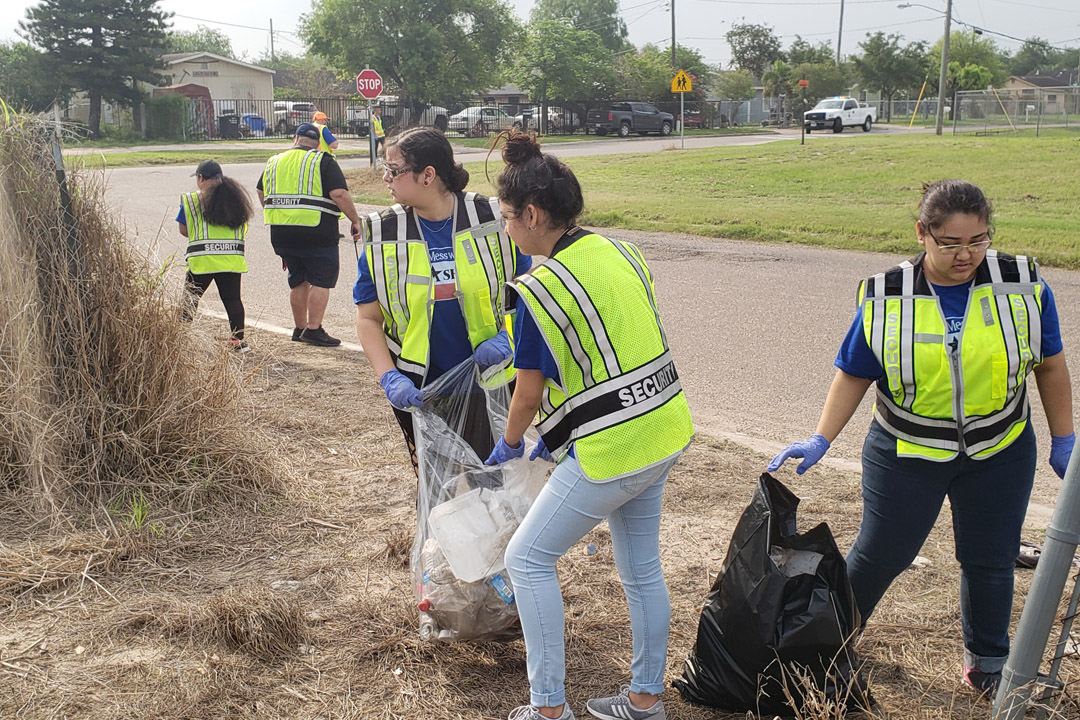 “This is a small cleanup project with the city and the national organization Keep America Beautiful, an organization that promotes beautification projects to keep local communities clean,” Daniel Alejandro Garza, a crew leader with the city’s public works department explained. “Driving through these neighborhoods, you can tell it’s a bad area with so much trash. Unfortunately there’s illegal dump sites here and we’re doing our best to keep it as clean as possible. This cleanup is making a bit of difference. Small bits of trash can make a difference in how a place looks. Removing it makes a bigger difference.”

As part of the event, students and other community members began picking up garbage at 9 a.m. and worked till noon. Volunteers collected trash in black plastic 13-gallon bags and recyclables were collected in clear bags. Within half an hour 5 trash bags had been filled up.

Lori Cantu, the adviser at Juarez Lincoln’s RGV Lead Ambassadors organization, was at the cleanup supervising students. The program-where students learn leadership skills to prepare them for life outside of high school-reminds students that a good leader takes care of their own community, Cantu said.

“You have to try to give back to your community. It gives people a sense of responsibility, character and ownership of their own community,” Cantu said. “They’re caring, they’re leaders, they’re proud of what they’re doing and what they’re involved in. This is the first time we’ve done something like this and the students want to do more.”

Kalee Delgado, a sophomore, expressed a sense of duty to her community when asked why she agreed to volunteer at the clean-up.

“Who wouldn’t want to help their community? If you can help clean your community, participate. You’re helping yourself and the people around you,” Delgado said.