Following the harrowing incident that left a state trooper in critical condition on Saturday, April 6, local companies, organizations and the public across the RGV are coming together once again to raise funds for him and his family.

Tomorrow, April 20, a benefit concert (STXSD Music Festival) for Department of Public Safety Trooper Moises Sanchez will be held at 5×5 Brewing Company, located at 801 N. Bryan Rd. in Mission. All funds raised at the event, including donations, proceeds from concessions, food trucks, beer and auctions will go directly to Sanchez and his family. 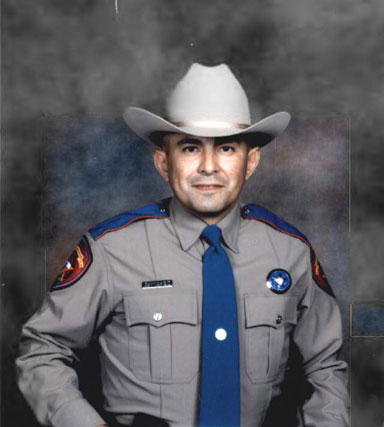 While responding to a car crash in McAllen on April 6, Sanchez was allegedly shot in the head and shoulder by Victor Alejandro Godinez of Edinburg, who fled the scene but was taken by Edinburg Police early the next morning.

Sanchez is currently stable, but in critical condition.

The STXSD Music Festival is free to attend, but a suggested $10 donation can be given at the door, along with other private donations. According to the event page on Facebook, representation from a 501c3 will be present to assist and receipt donors with the appropriate paperwork.

Cities have banded together in support of Sanchez, and the concert will be sponsored by L&F Distributors (McAllen), the city of Mission, A&I Productions Sound & Lighting, Tehuacan Mineral Water and Lone Star National Bank. Bands performing at the benefit include Mars Overdrive with Charlie Garcia, Spikes on the Road, Solitaire, Wreckless Texas, Buck ‘n Crazy, Midnight Run, Drew and the Dancehall Dreamers and Draft.

Sean Downey, the general manager and a co-owner of 5×5 Brewing Co., spoke at the last Mission city council meeting about the concert and said that while it was put together quickly, they would appreciate if the city would understand.

“We were approached by the Texas Department of Public Safety Officers Association to host a benefit concert at our location,&rdquo; Downey said. “It&rsquo;s just for the seriousness of the issue for the family and the medical bills.&rdquo;

Downey added that several volunteer organizations have stepped forward in order to support Sanchez and his family during the event.

“The community has really come behind it [the cause],&rdquo; Downey said. “We&rsquo;re veteran-owned and operated, and we support all uniformed individuals.&rdquo;