It was a night of glamour last week as the city of Palmhurst celebrated 55 years of incorporation.

Held at the newly opened Bingo Ranch, the city threw a celebration Friday, April 12, to thank its residents and local officials who helped Palmhurst grow in its five decades of existence. 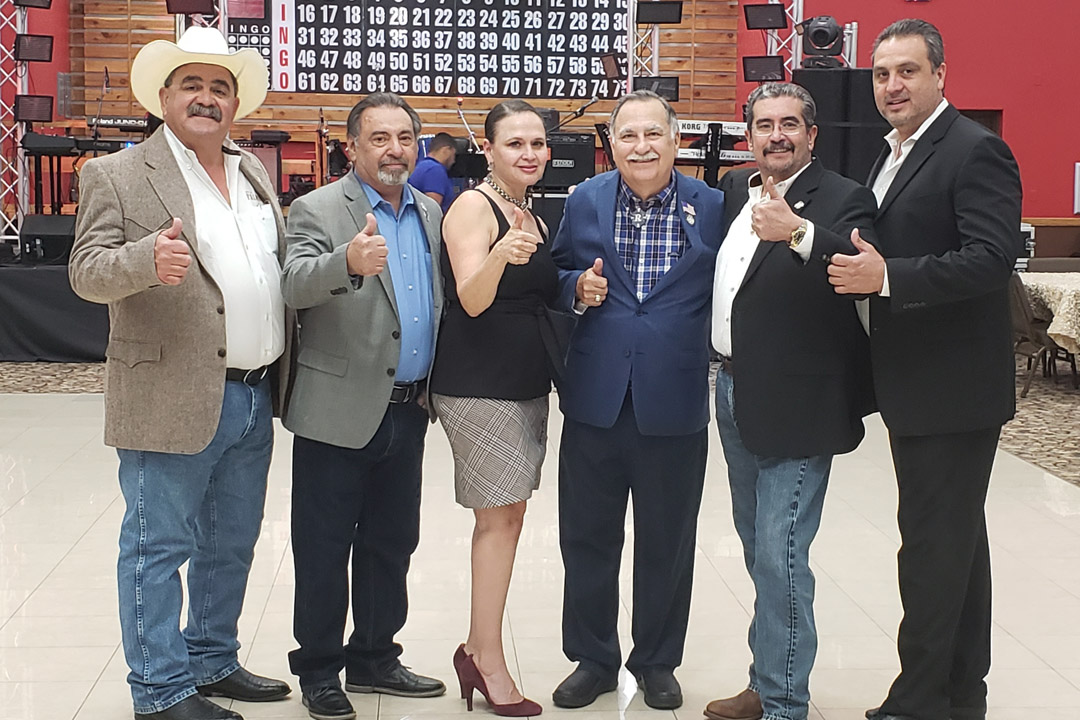 “This is a sign of appreciation for everyone here who contributed to the growth of Palmhurst,” city Mayor Ramiro J. Rodriguez Jr. said. “We’re excited that the community is meeting with us to see the progress we’ve done.”

During the event, Rodriguez Jr. reflected on the history of the city, which was officially incorporated April 16, 1964 when the city had a population of 200 according to the Texas State Historical Association.

Results from the 2010 United States Census showed the city grew to more than 2,600 residents.

HISTORY
When Palmhurst was first incorporated, its first mayor Helen Rossow had a simple vision: to let her new city be independent.

“She and her successors didn’t believe in property taxes, I think that’s our biggest draw for people when they move here,” Rodriguez said. “She and the mayors who came after her didn’t want to be taken in by the neighboring cities of McAllen, Alton and Mission and believed that imposing a property tax on our residents would be too much governing. It’s a promise I kept when I first became mayor in 1999 because I believe he who governs the least governs the best.”

When Rodriguez first became mayor, the city did not have a police department and had to rely on the county sheriff’s department to respond to calls for them, a process he said took “hours” for help to arrive.

The city’s main source of income was $5,000 in franchise fees back then.

However, that all changed when the city began negotiating with the grocery chain Walmart to come to the area.

“To prepare for Walmart, we negotiated with the city of Mission to extend their sewer lines to the area and with the Sharyland Water Supply Corporation to extend their water lines to provide water in that shopping district,” City Manager Lori Lopez recalled. “Once that Walmart opened, development in the city increased. They helped us build an infrastructure that made a difference for the community”

After the grand opening in Walmart in April 2005, other franchises like Whataburger, Walgreens and eventually, HEB, opened in the city. The city also started its first police department in that same year.

“Back then, we only had four officers and two police cars and no dispatch system,” Palmhurst police Chief Michael Vela said. “Currently we have 19 employees, 8 cars and modern technology to help us. The department has grown with the city.”

Lopez, who attended the 55th anniversary celebration, said the event wasn’t just a commemoration for the city’s past.

“It’s not just about the history of the city, it’s about the present,” Lopez said. “Many of the people here, ranging from city leaders to state Representative Sergio Munoz and Bobby Guerra, Constable Larry Gallardo and Hidalgo County Commissioner Joe Flores, have given us continued support over the years and are still doing so. These relationships help Palmhurst get to where we currently are.”

Currently, the city is undergoing an expansion project for the Shary Municipal Park and sidewalk improvement project, Mayor Rodriguez said. These projects, he said help fulfill Rossow’s vision for the city.

“She wanted the city to eventually grow to what it is now,” Rodriguez said. “If she was here, she’d probably say the dream is continuing. The vision is the same.”