At $250 per person, smuggling migrants past Border Patrol and Sullivan City police seemed like easy money.

Jose C. Vigil, 17, of Mission, though, had a problem. He didn’t own a car and couldn’t pick up the migrants. 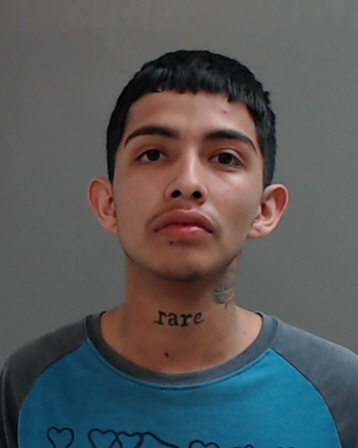 So he did what many teenagers do: He borrowed mom’s credit card and called a Lyft.

Sullivan City police, however, stopped the Lyft — a white Volkswagen Jetta without a front license plate — on the morning of April 5.

“Let me ask you a question,” said Sullivan City police Officer Joshua Rodriguez. “Who are the guys in the back?”

The driver, who appeared nervous, stepped away from the car and told him.

“I don’t know. I work for Lyft,” said the driver, a 22-year-old Mission resident who works at Peter Piper Pizza and drives for Lyft on the side. “I just picked them up in a house.”

The Progress Times is withholding the driver’s name because he wasn’t charged with a crime.

At first, the Sullivan City police officers seemed skeptical. Vigil, however, confessed to everything.

“Mr. Vigil advised that he had hired the Lyft from his mother’s credit card and use (sic) his sister’s cellphone Lyft app to request the transport,” according to the criminal complaint against him. “Mr. Vigil also advised that the Lyft driver had nothing to do with the smuggling.”

When the Lyft reached Los Ebanos, the driver stopped at a house. Two men jumped in the back seat with Vigil, who claimed they were his cousins.

Officers admonished him to pay more attention when picking people up, especially in Los Ebanos.

“OK, first of all, didn’t it seem kind of off to you that they’re wet from the clothes?” Rodriguez said. “That they’re muddy from the shoes. Anything like that?”

The Lyft driver said he didn’t notice. He promised to pay more attention.

Border Patrol agents were similarly skeptical but eventually accepted the story. An agent asked to see the driver’s Lyft decals, which he provided.

“This is called a ‘new techniques, tactics and procedures,’” said a Border Patrol agent who responded to the incident. “By the end of the day, intel is going to say they ‘just discovered’ a new technique, tactic or procedure.”

Vigil is charged with smuggling of persons, a third-degree felony. He couldn’t be reached for comment at the phone number listed on Hidalgo County jail records.