The Starr County Special Crimes Unit executed a search warrant Tuesday at a Mission law firm, where investigators seized a computer and documents.

Investigators with the Special Crimes Unit executed the search warrant at MEXUS Law Firm, which is located in Plaza San Pablo on the 1200 block of North Dunlap Avenue. 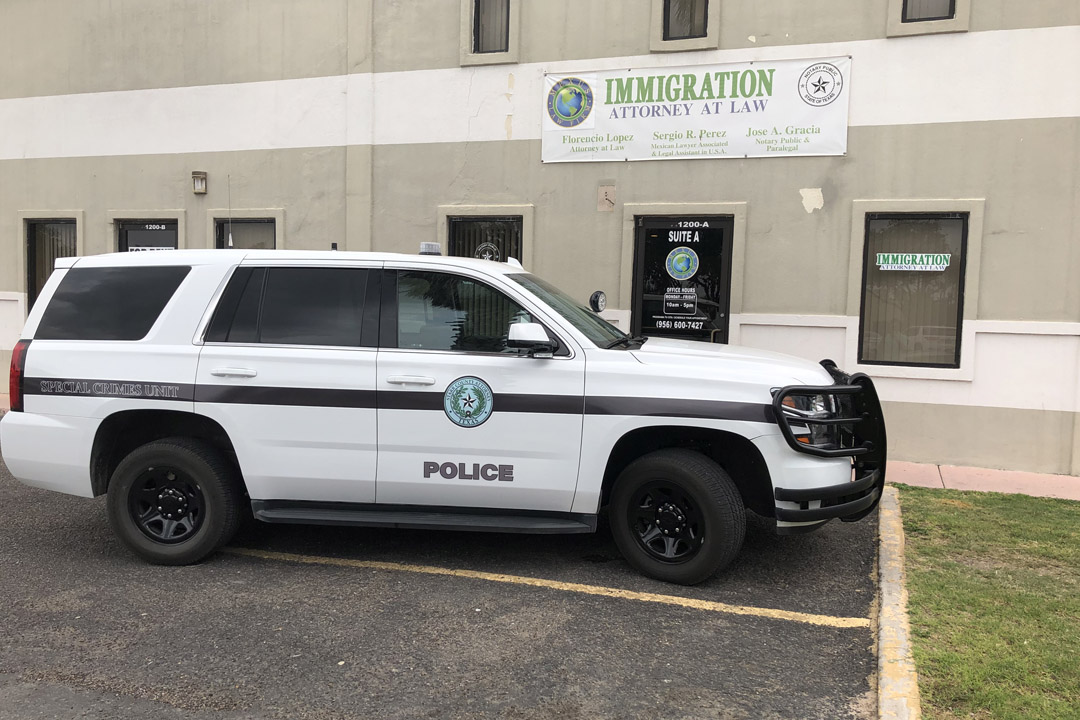 Investigators arrested Rodriguez in January on a felony theft charge, according to court records. She remains at the Hidalgo County jail.

The link between Rodriguez and the MEXUS Law Firm remains unclear.

A banner above the door touts the services of Florencio “Lencho” Lopez, an attorney; Jose A. Garcia, a notary public and paralegal; and Sergio R. Perez, who is described as a “Mexican Lawyer Associated & Legal Assistant in U.S.A.”

Lopez represented Rodriguez until January, when he filed a motion to withdraw.

“Movant is attorney of record for Juana Maria Rodriguez, and was doing a pro-bono representation of this defendant,” according to the motion. “Conflict between Attorney and Client exists and a new Attorney needs to be hired or appointed on this case.”

Lopez said attorney-client privilege prevented him from commenting on the search warrant.

“It’s a criminal matter that doesn’t involve me,” Lopez.