Ricardo “Richard” Molina, 41, of Edinburg and his wife, Dalia Molina, 42, of Edinburg, surrendered Thursday morning at the Texas Department of Public Safety building near the intersection of U.S. 281 and Davis Road. 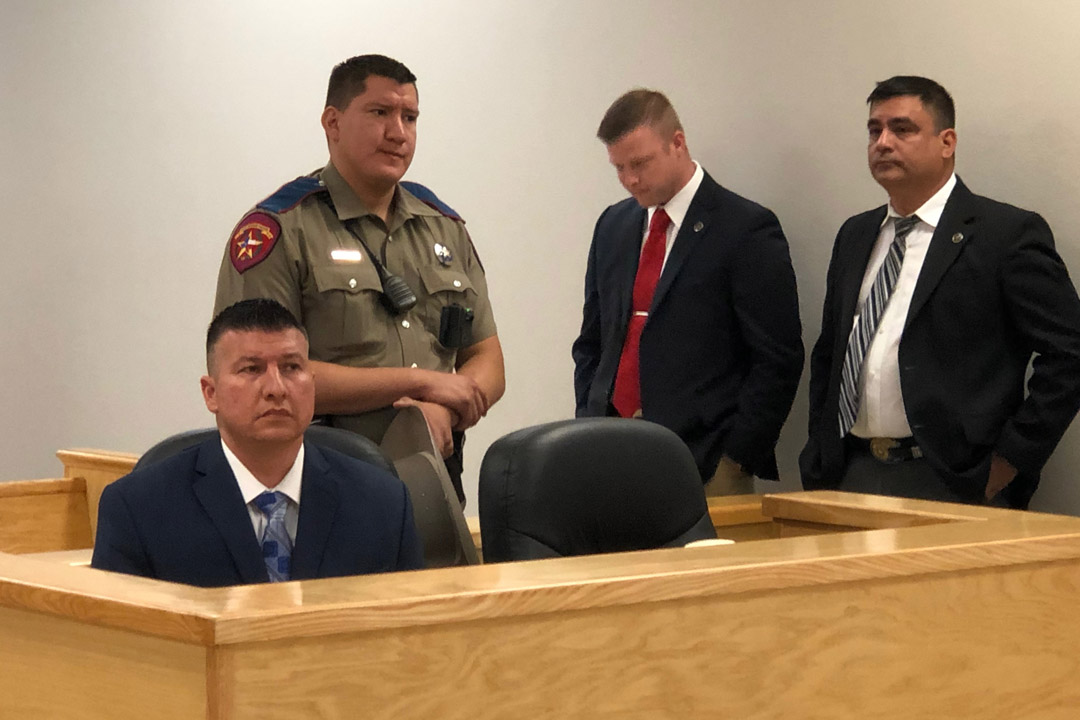 “My client and his wife are victims of a power struggle,” said attorney Carlos A. Garcia of Mission, who represents Richard Molina. “We intend to fight these charges, and both of them are absolutely innocent of what the state alleges.”

Dalia Molina is charged with illegal voting, a second-degree felony.

Richard Molina is charged with two counts of illegal voting and one count of engaging in organized election fraud activity.

The criminal complaint against Molina summarizes interviews with seven people.

“Affiant interviewed a cooperating co-conspirator witness, hereinafter referred to as CCW7, who stated that during a conversation between CCW7 and Defendant Richard Molina, Defendant told CCW7 that Defendant, Richard Molina, was going to use a strategy of changing people’s voter registration addresses to addresses located inside the city limits of Edinburg, Texas at residences where people did not actually reside in an effort to increase the number of voters who could vote for Richard Molina and to win elections,” according to the criminal complaint.

Investigators with the Texas Attorney General’s Office and the Texas Rangers handled the case.

Among the charges against Richard Molina is “engaging in organized election fraud activity,” a new criminal offense created by the Texas Legislature in 2017.

“A person commits an offense if, with the intent to establish, maintain, or participate in a vote harvesting organization, the person commits or conspires to commit one or more offenses,” according to the Texas Election Code.

Richard Molina graduated from Edinburg North High School, joined the U.S. Army and worked for the Edinburg Police Department, where he earned a promotion to sergeant, according to a short biography published by the city. He joined the Edinburg City Council in 2013.

After the election, rumors circulated about voter fraud.

Former Justice of the Peace Mary Alice Palacios conducted an independent investigation and filed a complaint with the Texas Secretary of State’s Office in December 2017. She claimed that many people filed fraudulent change-of-address forms to cast ballots in the Edinburg election.

“The work required to prepare the information thus far is not with the singular intent to change the results of the election,” according to the cover letter Palacios submitted to the Secretary of State’s Office. “Rather, it is intended to highlight a much greater problem that will inevitably affect all future elections in Hidalgo County.”

“The people spoke when they elected me by more than 1,200 votes,” Richard Molina said in an April 2018 statement. “There was no voter fraud committed in the election.”

Investigators with the Texas Attorney General’s Office, though, charged more than a dozen people with illegal voting.

Richard Molina fired back, claiming the investigation amounted to nothing more than a politically motivated attack on his supporters. He posted a video on Facebook, demanding to know why people who supported his opponents hadn’t been arrested too.

“Don’t judge an individual by an arrest,” Enriquez said. “All I can say is that.”