It seemed like business as usual when Mission Planning and Zoning Director Jaime Acevedo recommended the city approve a conditional use permit earlier this month for the local landscaping supply store VMK Materials LLC.

Victor Garza, owner of VMK Materials-a business located on 3408 N. Conway Ave.-requested a conditional use permit for two portables to be placed in an 11-acre area on Conway south of the expressway, Acevedo said. 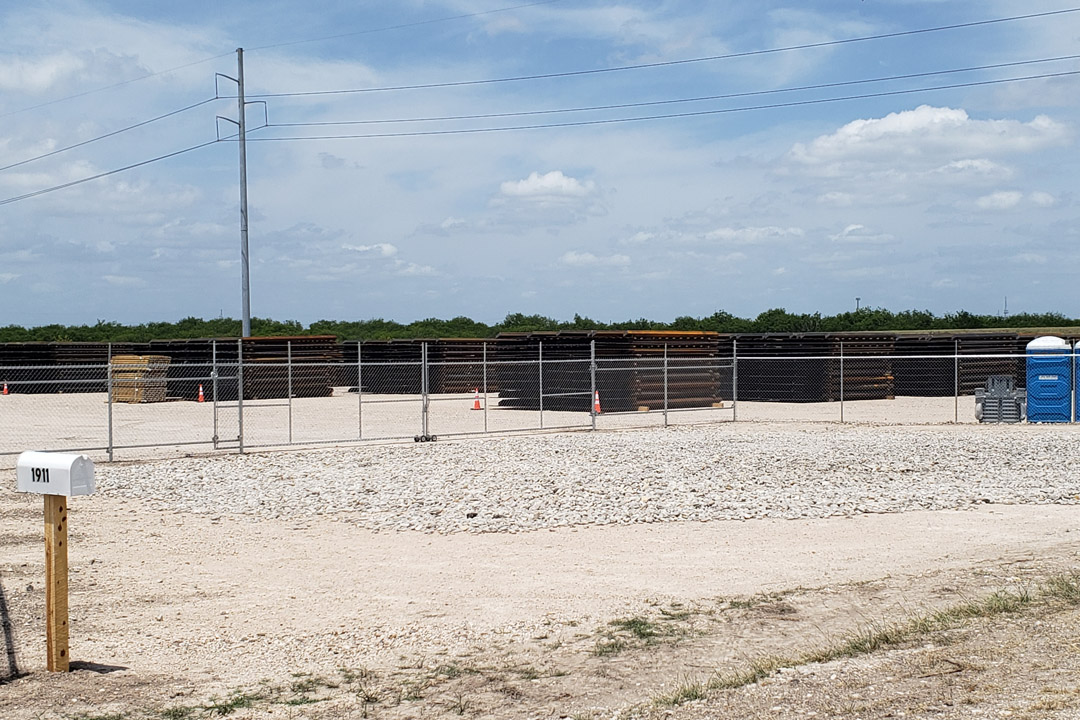 “What he told us was it was going to be for a construction site and storage yard for a future construction company that was going to come in and do a project in town,” Acevedo said of Garza. “We didn’t know what project he was talking about; we didn’t ask for specifics. There’s lots of development in the southside area of the city so we assumed it could’ve been something from TxDot for a roadway project.”

Since the permit was approved by the city council on Monday, April 8, a fenced-in area popped up on Conway south of the expressway that as of last week, began holding two dozen stacks of steel beams. That number has been steadily increasing since.

What the beams are for however, Acevedo admits he’s not aware of.

Progress Times reached out to VMK Materials where an employee who declined to provide his name directed all questions to U.S. Customs and Border Protection spokesman Jason Montemayor.

“We supply caliche to that site, that’s it,” the unidentified VMK employee said. “We’re just a local business.”

Last week the holding area had a sign with VMK’s contact number posted outside the fence. On Monday, the Progress Times observed the sign was gone, but the VMK employee refused to explain the sign’s disappearance.

When the Progress Times contacted Montemayor, the spokesman directed Progress Times to an email for all inquiries which then directed the reporter to a website to submit a public information request for a statement on the project.

As of press time, the request has yet to be answered.

While it hasn’t been confirmed what the steel beams are for, the placement of them comes after CBP announced at the beginning of the month that construction of 13 miles of the Rio Grande Valley “Levee Wall System Project” would begin soon in the city.

The levee wall system will be similar to levee walls constructed in the Valley during 2008, but the system will also include all-weather roads, lighting, enforcement cameras, and other related technology, the release stated.

Acevedo said that although Garza never mentioned having a contractor involved with CBP in the site the city approved of, it’s not uncommon for businesses to lease out their properties to subcontractors.

“As long as business isn’t being conducted in that area then they’re not in violation of the permit that was given to them,” Acevedo said.