A former Palmview police officer accused of assaulting his girlfriend and threatening her with a gun admitted guilt last week.

Faced with a misdemeanor assault charge, former police Officer Edward Oscar Aleman Cervantez agreed to participate in a pretrial diversion program. If he successfully completes the program, prosecutors will dismiss the case. 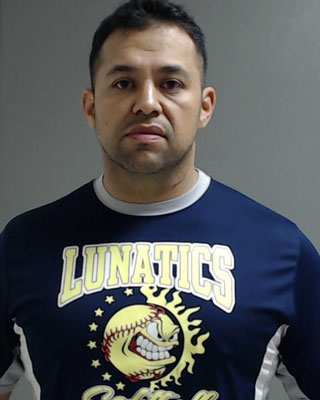 “I knowingly and voluntarily am making an admission of guilt on the record under oath before the court as part of my placement on the pre-trial diversion program,” according to documents Cervantez signed on April 17. “I fully understand that my admission of guilt will be used against me if I am terminated or removed for failure to comply with, or otherwise fail to successfully complete the pre-trial program.”

Officers arrested him on May 21, 2017, after an argument between Cervantez and his girlfriend turned violent.

Cervantez grabbed her by the hair and smashed her head against a concrete wall, according to the police report, which recounts what his girlfriend told investigators. When she recovered, Cervantez pushed her against a car.

After the altercation, she took a shower.

“Edward Cervantez walked inside the bathroom displaying a handgun,” according to the police report, which notes the model and serial number of the weapon, “and pointed it at her while he was racking the slide back and forth.”

“Edward Cervantez was shouting at her ‘Come on, shoot me!’ and threw the handgun toward her direction but did not hit her with it,” according to the police report.

“The City of Palmview alongside the Palmview Police Department will not tolerate employees who fail to uphold the values and duties that are required of our police officers,” according to a statement released by the city. “We continue to be committed to protecting our residents and can guarantee these matters are not taken lightly!”