The Texas Rangers started investigating Martinez in May 2015, when a police officer pocketed stray bits of marijuana from the evidence room and mixed the marijuana with rubbing alcohol as part of a home remedy for arthritis. 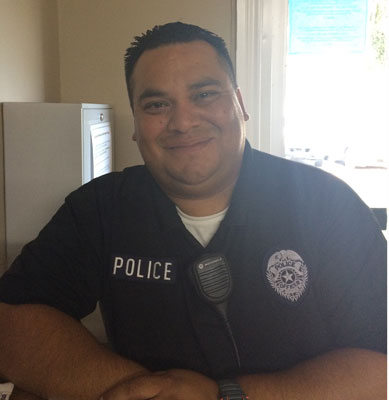 Martinez stood nearby but didn’t stop him.

Faced with felony charges, de la Mora struck a deal with prosecutors. He pleaded guilty to abuse of official capacity, a Class A misdemeanor.

Martinez faced similar charges: theft by a public servant, a state jail felony, and two counts of abuse of official capacity, a Class A misdemeanor.

He pleaded not guilty and hired attorney David A. Higdon of Edinburg, who argued the indictment against Martinez had fatal flaws.

Prosecutors, however, asked the 13th Court of Appeals to review the decision. The justices reversed Ramirez.

“We determine that the trial court erred in granting the motion to quash, but that it should have directed the State to amend Counts II and III to provide greater specificity as to the offenses alleged therein,” according to the opinion, which the 13th Court of Appeals published in April 2018. “Further, we find that the State lacks statutory authority to appeal the granting of the motion to suppress because that ruling was never reduced to writing.”

Armed with the opinion, prosecutors filed a motion to amend the indictment.

During the investigation, the Texas Rangers recovered two bottles of rubbing alcohol, which contained 8.66 ounces of marijuana, according to Texas Department of Public Safety records filed with the Hidalgo County District Clerk’s Office.

The District Attorney’s Office filed a motion to specify the marijuana recovered by the Texas Rangers is worth $500 to $1,500.

Ramirez, the judge, didn’t appear to buy that argument Wednesday but granted the motion anyway.

“The marijuana had no value,” Ramirez said, recalling testimony at the November 2016 hearing.

Whether or not the marijuana actually had any value will almost certainly remain an issue.

“How do you put a street value on something that’s already in the police vault?” Palacios said.

Ramirez granted the motion, allowing the case to proceed.

Martinez will return to court for a new arraignment, Palacios said. He will plead not guilty.