A judge sentenced a former McAllen police investigator to probation Tuesday for making a false statement to federal agents. 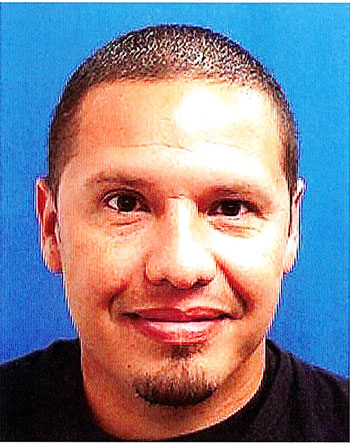 Ruiz pleaded guilty to making a materially false, fictitious or fraudulent statement during an interview with the Office of Inspector General. Federal agents accused Ruiz of lying about whether or not he participated in a scheme to steal a car.

Many details about what, exactly, Ruiz did — and why the U.S. Attorney’s Office for the Southern District of Texas decided to prosecute him — remain a mystery.

Asked about the sentence, the U.S. Attorney’s Office released a statement.

“We will let the record speak for itself,” said Angela Dodge, a spokeswoman for the U.S. Attorney’s Office, “and we always respect the decision of the court.”

Ruiz graduated from Pharr-San Juan-Alamo High School in May 1995, according to personnel records. He worked at H-E-B while attending the University of Texas-Pan American.

Following a seven-year stint with H-E-B, where he became a checkout operations manager, Ruiz switched careers and joined the McAllen Police Department in May 2005.

Ruiz became a member of the Special Investigations Unit, which targets drug trafficking and other forms of organized crime. He received several commendations from police Chief Victor Rodriguez, who lauded Ruiz for his bravery, hard work and leadership.

“It is most notable that on February 21, 2011, you lead an investigation that resulted in record marihuana and weapons seizures,” according to a commendation from July 2011. “This is a significant departmental accomplishment, in part, due to your leadership in drug law enforcement.”

Rumors circulated that something went wrong. Documents released under the Texas Public Information Act, though, don’t include any mention of the assignment or indicate why Ruiz returned three years later.

The incident that resulted in Ruiz’s indictment happened just 10 days after he returned from the task force.

Torres-Garcia said someone had a 2013 Cadillac ATS that belonged to him. Gonzalez-Valdez contacted a man named Jesus Fabian Munoz, who contacted Ruiz.

On May 5, the tow truck driver and Ruiz went to San Juan, according to the indictment. Ruiz arrived wearing a badge and a gun.

Ruiz told the owner they needed to tow the Cadillac as part of a law enforcement investigation. Later that day, Ruiz and Munoz received $1,100.

Ruiz denied participating in the seizure during an interview on July 26, according to the indictment. He resigned the next day.

“Thank you for the opportunity to work for the McAllen Police Department,” Ruiz wrote in his resignation memo. “I am just tired of all the stress being brought on for the work that we do.”

Prosecutors dismissed the charges against Torres-Garcia and Gonzalez-Valdez.

Munoz pleaded guilty to making a false statement. He’s scheduled for sentencing May 29.