Hidalgo school board Trustee Ben Arjona faced a barrage of questions Monday about where, exactly, he lived. 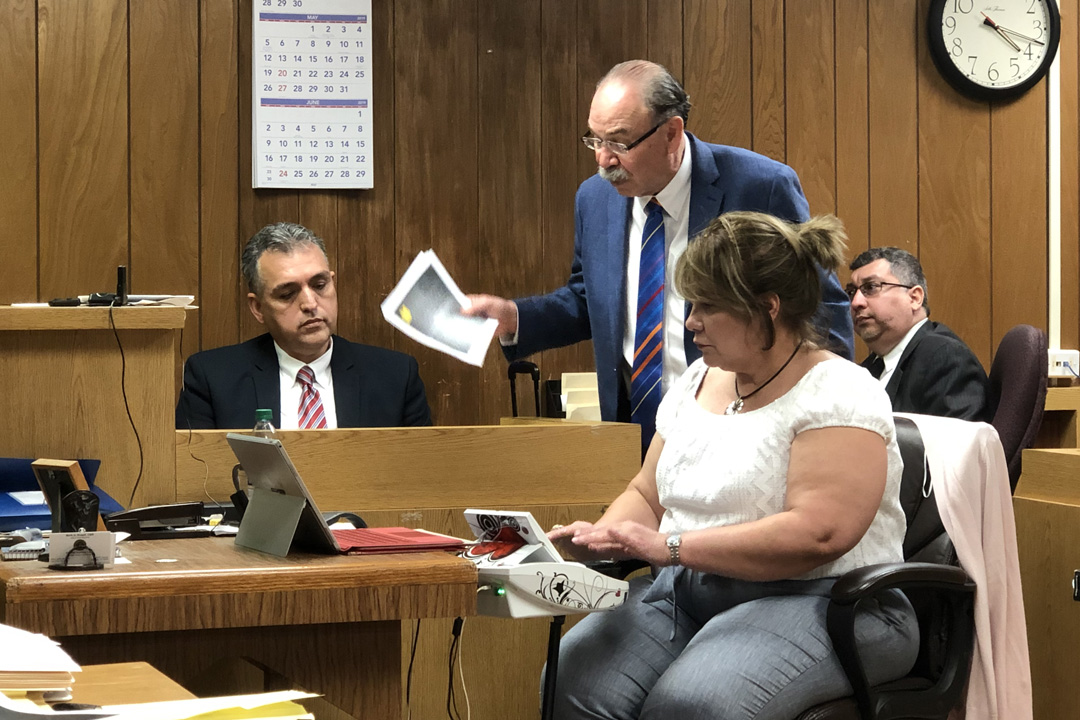 Cantu believes a significant number of people who cast ballots aren’t really residents of the Hidalgo school district. Among them: Ben Arjona, the winning candidate.

“All I am trying to show, your honor, is that this man’s vote should be nullified because he was not a resident of the district of Hidalgo ISD at the time that he voted in the 2018 election,” Gilberto Hinojosa said. “That’s it. That’s all.”

Arjona testified in Auxiliary Court B, a shabby courtroom located north of the main building.

Attorneys squeezed behind small desks, which couldn’t accommodate their clients and legal assistants.

Ben Arjona’s wife sat in the jury box. With both seats behind Gilberto Hinojosa taken by his assistants, Mentor Cantu spent much of the day sitting with the spectators.

State District Judge Federico “Fred” Hinojosa Jr. couldn’t lean back without bumping the American flag behind him. Judge Hinojosa also spent the morning without an interpreter or bailiff.

The courtroom, however, wasn’t the biggest problem they faced Monday.

Only one, an 80-year-old Hidalgo resident named Guillermo Villarreal, testified that someone had tampered with his ballot.

“I didn’t fill it out,” Villarreal said, adding that he didn’t like Franz and felt upset.

He asked whether or not Arjona — who collects a six-figure salary as the San Juan city manager and serves on the influential Hidalgo school board — actually lived with his wife’s parents on the 7600 block of St. John Court in Pharr. The approximately 1,100-square-foot home is owned by Arjona’s wife, according to Hidalgo County Appraisal District records.

Arjona owns a nearly 5,000-square-foot home on Granjeno Avenue in Hidalgo. That home, however, is located in the Valley View school district. Mortgage records identify the Granjeno Avenue house as Arjona’s principal residence.

The home on St. John Court is where he spends most nights, Arjona said, adding that he lists the address on official paperwork.

“You can reside, judge, somewhere other than your homestead. Now, if the mortgage company has a problem with it, then they can try to foreclose on him,” Gonzalez said. “But I doubt that they’ll do that.”

Gonzalez said residency involves several factors, including where a person spends time and whether or not they consider a certain place home.

“Where you live, where you sleep most nights, where your heart is, that’s where your residency is for election purposes,” Gonzalez said.

The trial will resume 9 a.m. Tuesday at the Hidalgo County Courthouse.