Last month, city leaders and county judges met for a signing ceremony of a Valley-wide merger of the three organizations responsible for carrying out transportation planning and funds to the area. 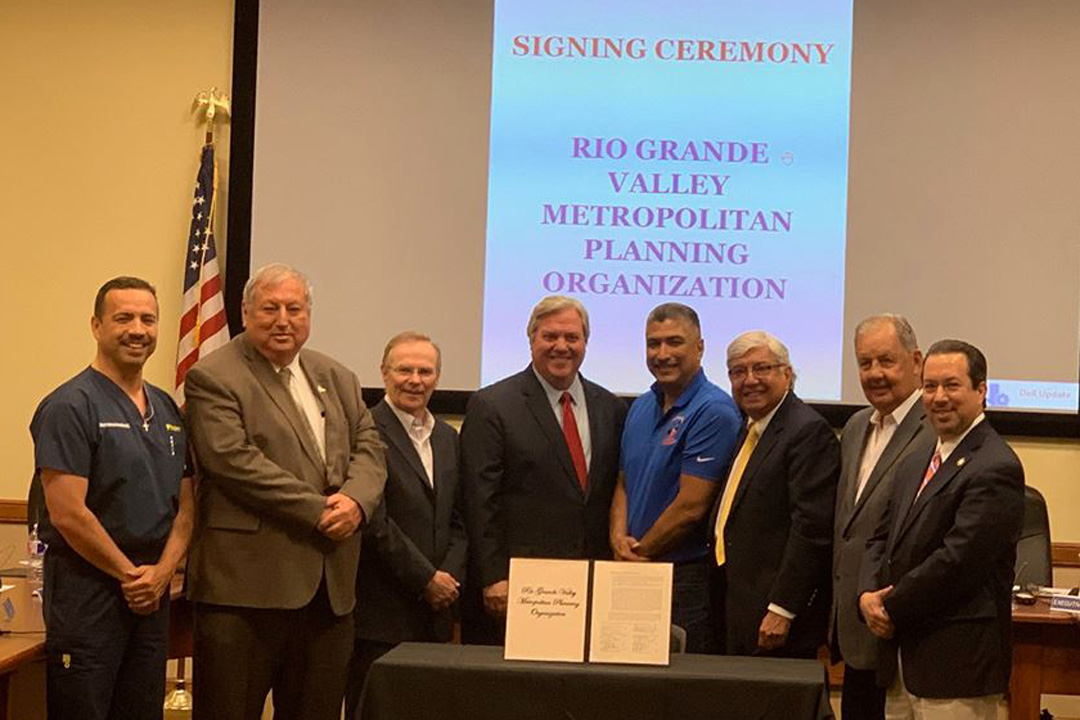 With this agreement, the incoming Rio Grande Valley MPO will be able to compete with Austin, Dallas-Fort Worth, Houston and San Antonio for funds from the Texas Department of Transportation.

“We were fighting for the same cheese when it’s better to get a bigger piece of it,” Pharr Mayor and Hidalgo County MPO Chairman Ambrosio Hernandez said. “It was time for us to work as a region to mobilize our resources together more effectively, maybe get bigger amount of funds for our region to cover all aspects of our needs. And what better way to do it…then doing it together rather than doing it in pieces.”

The final step for the merger is a signature from Gov. Greg Abbott, which is expected in the coming weeks.

According to Hernandez, 80 percent of MPO funds are distributed to the MPO’s for the areas of Austin, Dallas-Fort Worth, Houston and San Antonio due to their population size. Once the merger has completed, the RGV MPO will be able to receive a portion of that 80 percent.

The goal is to have the new MPO set up by before the start of the upcoming fiscal year, Hernandez said. He added that the new MPO board will have 13 members representing the cities of Pharr, Mission, Edinburg, McAllen, Brownsville, Harlingen and San Benito, along with Hidalgo and Cameron County, for a combined 31 votes.

Talks for a merger have been going on for years, said J. Joel Garza Jr., executive director of the Harlingen-San Benito MPO.

“The MPO’s in the top 5 are considered mega MPO’s because their population surpasses 1 million people. With this merger, our MPO would serve 1.3 million people,” Garza said. “We thought for years the population is growing, the area is booming; it just makes sense to merge. And it just took some time and negotiation but at the end day, we did get it done.”

With this merger, both Hernandez and Garza said potential future projects that could happen due to the increase in funding include the construction of a second causeway to South Padre Island and a highway loop that connects all of the Hidalgo County.

“We’re going to be able to tap into those revenues a little bit better because we’re bigger and we can show that we have congestion that needs to be resolved and a lot of utilization of our highways that need to be optimized for safety and for commerce,” Hernandez said.

“So I think when we put our plans together for the state and showing a complete RGV plan then the state is very likely to pay attention to us because now we’re speaking as one region rather than each of us fighting for a certain road….It says to the leadership in Austin, but also in D.C. that the Valley is speaking as one voice.”

City of Mission called out for violating their ordinance