After three days of testimony, which featured more than 50 witnesses and nearly 100 exhibits, state District Judge Federico “Fred” Hinojosa Jr. announced he wouldn’t hand down a decision Wednesday. He asked the attorneys to submit briefs and prepare for closing arguments on June 18. 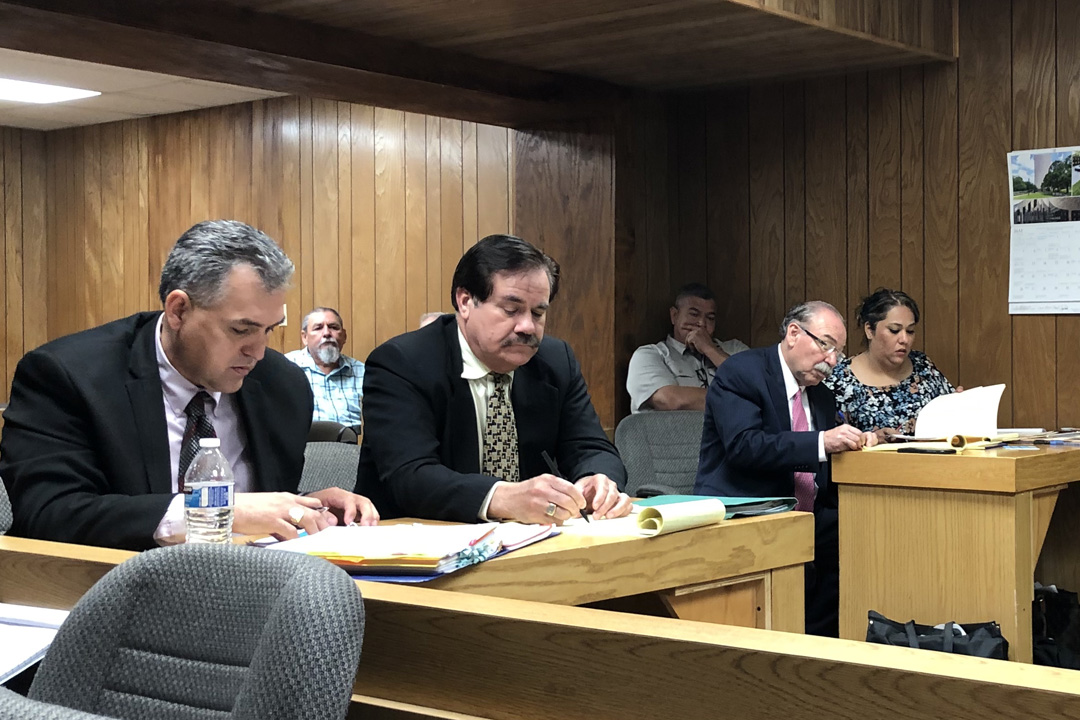 Arjona, though, mysteriously won 79% of the mail-in ballots. As a result, he won the election by 43 votes.

Assisted by a team of amateur investigators — including Mildred Escobedo Flores, who operates a non-partisan organization called Election Integrity Advocates; political consultant Leslie Gower and her son, Nathan — they knocked on doors and pored over documents from the Hidalgo County Elections Department.

They also interviewed dozens of elderly and disabled people who consulted with Hidalgo City Councilman Rudy Franz before they voted. After assisting them or witnessing their signatures, Franz signed the envelopes that contained their ballots.

“Mr. Rudy Franz’s signature completely covers this election,” Gilberto Hinojosa said. “In every aspect of it.”

The most egregious example Wednesday involved Juan Mendoza, 48, of Hidalgo, who works for Franz.

Mendoza assisted his aunt, Rafaela Salinas, with her mail-in ballot.

“So was Rudy Franz involved in any way with her vote?” Gilberto Hinojosa said.

Mendoza denied that Franz had any involvement. After she voted, Mendoza said he sealed and mailed the ballot.

Gilberto Hinojosa asked why Franz had signed the ballot if he hadn’t been involved. Mendoza suddenly changed his story.

Mendoza said he asked Franz to review the ballot, adding that he didn’t want to make any mistakes.

“You swore to this judge that Rudy Franz had nothing to do with this envelope. Right?” Gilberto Hinojosa said.

Mendoza acknowledged that, yes, he testified Franz hadn’t been involved.

“So were you lying to him when you said that?” Gilberto Hinojosa said.

Mendoza didn’t answer the question. After an awkward pause, Gilberto Hinojosa moved on.

“No sir, I don’t,” Rudy Franz responded. “The question, sir, ‘I prey on older people?’ What’s the question for?”

“I’m asking you: ‘Do you prey on older people?’” Hinojosa repeated.

“To what extent, sir?” Franz asked.

“To the extent that you take advantage of their old age in order to get them to vote or get their mail-in ballot,” Hinojosa shot back.

“Taking advantage, sir, of a person is when you mistreat them, when you take their check, when you abuse them,” Rudy Franz said. “In my category of life, I deal with these people every day. They call me to tell me to take them a hamburger because they’re hungry or because they’re so dehydrated that they need a Coca Cola. And I have to go to the Burger King to go get them one. If those are the kinds of ‘preying’ that you’re talking about, then yes.”

Gilberto Hinojosa also accused Rudy Franz of submitting mail-in ballot applications for an elderly woman with severe dementia and a woman with autism who couldn’t care for herself.

“And you think it’s alright to get a mail-in ballot with someone that doesn’t have the mental capacity to understand the voting process?” Gilberto Hinojosa said.

Franz strenuously objected to how Gilberto Hinojosa described the situation.

“I am not a doctor to determine who is ill and who is not ill,” Franz said. “I know that they’re old, but that doesn’t make them incapacitated.”

When he finished with Franz, who spent an hour on the witness stand, Gilberto Hinojosa said he believed about 50 people cast flawed ballots — significantly more than the 43 required to trigger a new election.

Attorney Ric Gonzalez of Edinburg, who represented Arjona, didn’t call any witnesses, which is common in election contests.

The evidence didn’t establish that enough people cast problematic ballots to justify a new election, Gonzalez said. Questions also surfaced about whether or not witnesses had been improperly influenced by the volunteer investigators.

“I think this was just a situation where the contestant got outworked in the campaign. Both sides do the same thing. You know that,” Gonzalez said. “They both have their people go out and try to get the voters to vote for their slates. And this time they came up short.”