Mission High School athlete Jose Recendez will continue to be an eagle after officially signing to compete in wrestling at the collegiate level at Central Methodist University in Fayette, Missouri.

He is the first wrestler from Texas to compete for CMU in wrestling, as the sport is being introduced into their program for the first time this upcoming year. 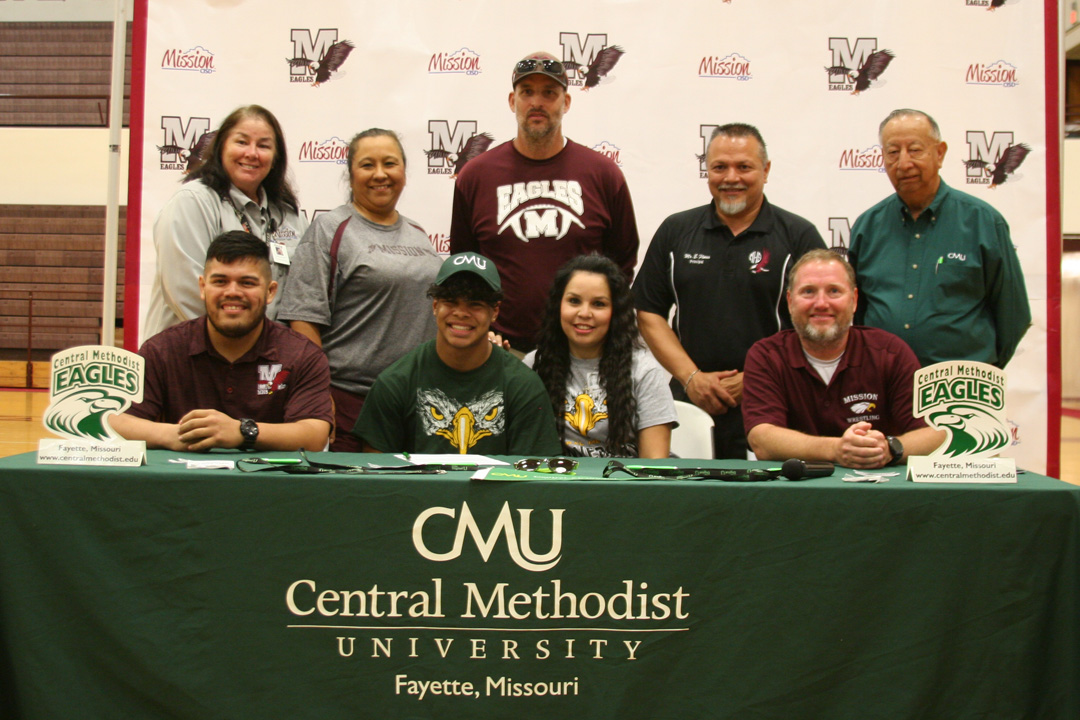 Recendez and his mother were present last Thursday afternoon when he signed. MHS Athletic Coordinator Koy Detmer said that Recendez’s character and hard work put him in the position that he is in.

“Yes, he’s talented, we all know his speed and strength,” Detmer said. “But in the end, truly, it’s the kind of person he is and his hard work and dedication that separates him and gives him this opportunity.”

Wrestling Coach David Mann, who worked with Recendez for four years, said he learned to keep driving through his mistakes and keep going forward.

“He’ll be able to continue his education and go to college and better himself as a human being,” Mann said. “At the same time, he’ll be competing at the highest levels.”

Recendez thanked his mother and family for supporting him throughout his high school career.