Martinez joined the City Council in June 2018. Less than a year later, though, Martinez applied for the city attorney position. 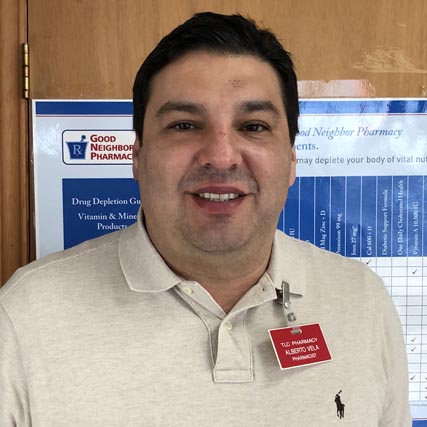 The City Council offered Martinez the job on May 1, which prompted him to resign.

“It’s been only a year, but I’ve learned a lot,” Martinez said Monday afternoon, moments after the City Council accepted his resignation. “I’ve made a lot of friends and also realized who are — and who are not — my friends, a lot of times. But I look forward to serving the city in what I think will be an equally serious capacity.”

The City Council appointed pharmacist Alberto “Beto” Vela, 43, of Mission to replace him.

Ortega-Ochoa and Vela graduated from Mission High School together in 1992. When he worked for First National Bank of Edinburg, Plata served as Vela’s banker.

“He’s a very business-oriented individual,” Plata said. “I’ve always said the city needs to be run like a business, so he’ll do a good job.”

Vela started at the bottom of the pharmacy business, working as a driver for Medicap Pharmacy in McAllen. He became a pharmacy technician and, eventually, a pharmacist.

Along with TLC Pharmacy & Medical Equipment in Mission, he owns six Apple Pharmacy locations. Vela also manages apartments, owns a construction company and serves on the board of Freedom Bank, which is headquartered in Duval County.

“Not only is he a pharmacist, but he’s a businessman,” Ortega-Ochoa said. “And he’s born and raised here in Mission.”

The appointment will almost certainly change the dynamics on the City Council, where Martinez had occasionally served as the swing vote.

To avoid a messy fight for control, the City Council wanted to appoint someone without any political ambitions. Members wanted to find a consensus candidate who wouldn’t run for re-election in May 2020.

“I think that he’s a non-political person,” Ortega-Ochoa said. “So he will have his heart in the right place and make decisions not based on what some people tell him but based on the facts.”

People had approached him before, but Vela wasn’t interested in politics.

“I focus on my kids and work,” Vela said.

The opportunity to serve on the City Council for a year, however, intrigued him.

“And from there, someone else can take over the role,” Vela said. “I’m really not that interested in running. I can’t say I won’t, but at this point I think I have my hands full already.”