“It is with great sadness that we confirm the passing of our Honorary Police Captain Brandon Tadeo Alvarez,” Alton Police Chief Jonathan B. Flores said in a statement. “Brandon was a very special member of our Police force, and in his short time as our Captain he inspired many through his bravery and desire to serve his community.” 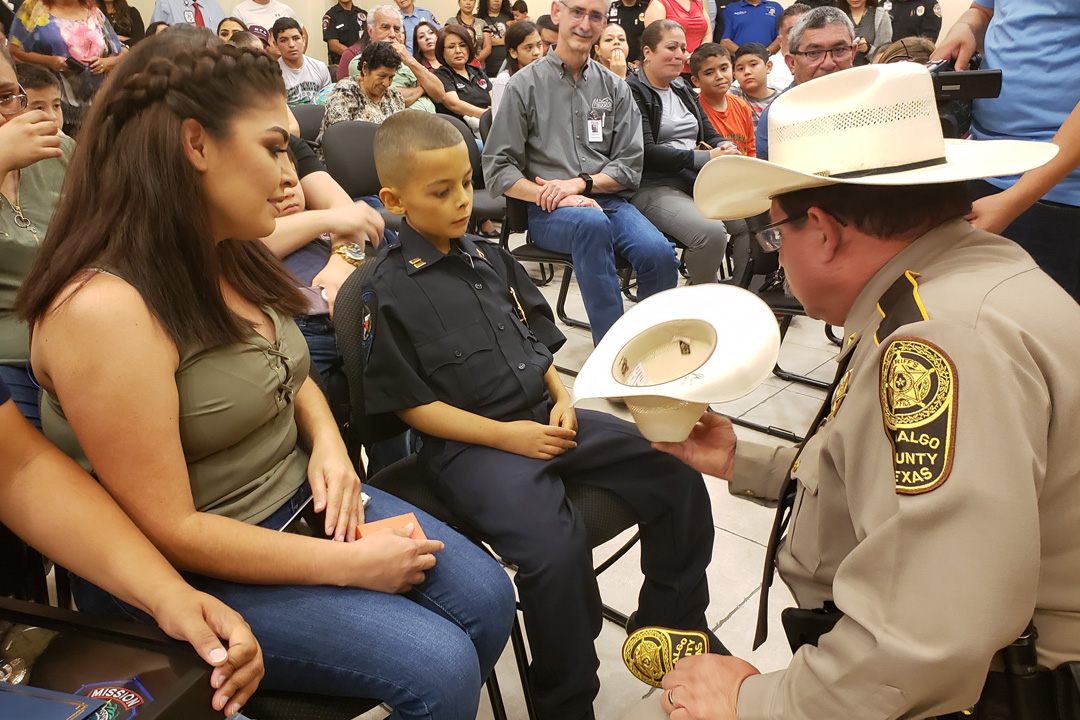 Alvarez was sworn in as Alton’s newest honorary captain Friday, May 3 in a ceremony attended by relatives, city officials and law enforcement officers from departments all over the county.

Alvarez is a former student at Raquel Cavazos Elementary school who withdrew last January due to his cancer diagnosis. According to his mother, Tanya, Brandon’s dream was to be a police officer, she said during her son’s swearing-in ceremony.

As previously reported, Brandon was first diagnosed with liver cancer in March of last year and after treatment was declared cancer-free last September. However, last January his cancer returned.

“The doctors have said it has advanced to the point that there are no treatment options left for him,” Tanya said during the swearing-in ceremony. “He doesn’t know to what extent his disease is. Brandon likes protecting, he’s always liked protecting people and all his younger cousins feel safe around him. Now that he’s gotten sick and is at this stage, he’s said ‘I need protection.’”

According to the press release, Brandon will be missed tremendously as his family, the Alton Police Department and the entire law enforcement community are mourning.

The Alton Police Department requests that the community respect the Alvarez family’s privacy and let them grieve the loss of their son.