Sylvia was born, raised and spent most of her life in Mission. She recently moved to the Houston area to be closer to her daughter, son-in-law and her new-found pride and joy, Claire (granddaughter). 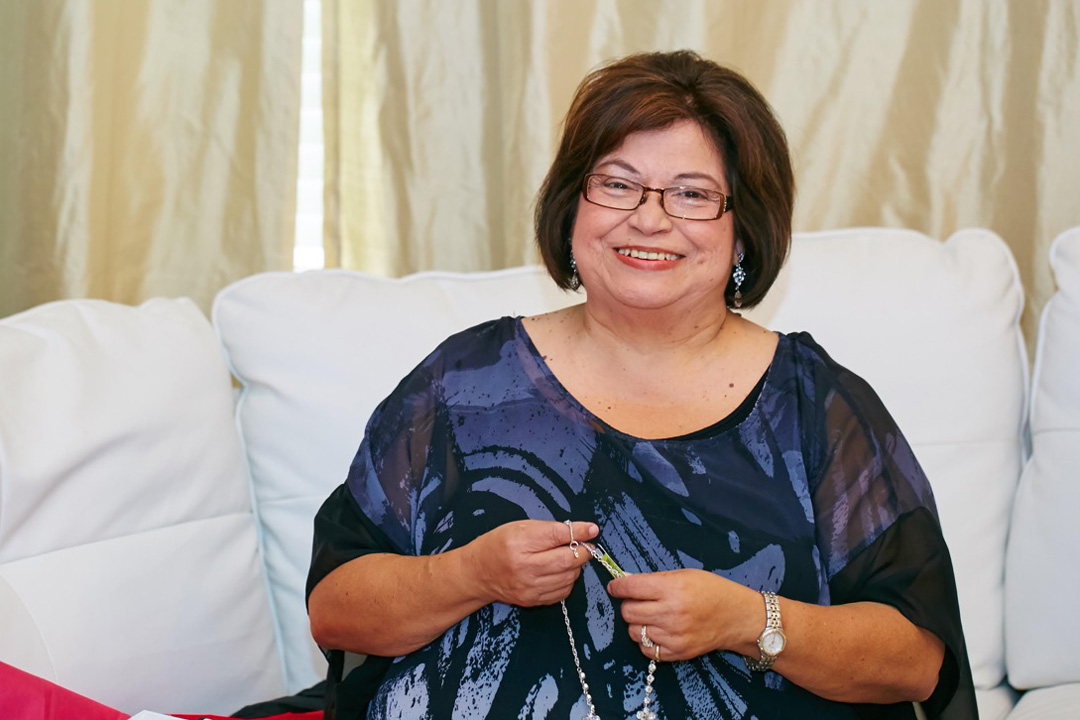 She married her love of 39 years, Marvin Wolf, on November 30, 1979, and they welcomed their only child, Penny Wolf Houy, into the world the next year. Sylvia worked at Mission-Duncan Insurance Agency for almost 35 years, leaving for a short time to pursue owning her own insurance agency. She retired in 2018 shortly before moving to Houston.

Sylvia was a loving wife, mother, grandmother, sister, daughter, aunt and friend. As her and her younger brothers grew up, stories abound of collective troublemaking and spoiling her younger brothers. From her early years and into adulthood, it was clear family came first to Sylvia. She spent countless hours at recitals, concerts and school functions with Penny, tending to her aging parents and being a very devoted sister and aunt. Penny and her mom were the best of friends.

Sylvia’s life was dedicated to helping others, not just her family, but friends and those in need. She was the first female Mission Chamber of Commerce President, served as the Regent of the local Catholic Daughters of the Americas Court for two separate terms, member in good standing of the Damas Católicas and was the Lector Coordinator at St. Paul’s Church for over 25 years and prepared many children for confirmation over her years of service to the church. She was very involved in the Texas Citrus Fiesta and was named First Lady of Mission. She had a true servant’s heart.

Sylvia is preceded in death by her father, Jose S. Longoria; her mother, Eulalia “Lala” Longoria; and her nephew, Jaime A. Longoria.

She is survived by her husband, Marvin Wolf; her daughter, Penny (Daniel) Houy; her granddaughter, Claire Houy; her brothers, Javier (Tracy) Longoria, Roland (Leila) Longoria, and Jaime (Linda) Longoria; and many nieces, nephews, godchildren and cousins.

Visitation will be at Virgil Wilson Funeral Home on Friday, May 24th, beginning at 3:00 p.m. with a rosary to be recited at 7 p.m. A Funeral Mass will be celebrated on Saturday, May 25, 2019, at 10:00 a.m. at St. Paul’s Catholic Church located at 1119 N. Francisco Avenue, Mission, Texas 78572. Interment will follow at San Jose Cemetery in Mission. You are invited to sign the guest book at virgilwilsonmortuary.com.