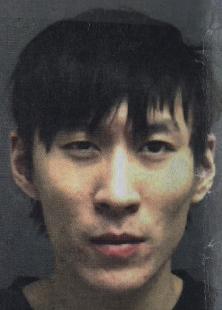 After nearly two years in jail, Tang struck a deal with prosecutors and pleaded guilty to four counts of sexually exploiting children. In exchange, the U.S. Attorney’s Office for the Southern District of Texas agreed to drop two other charges against him.

“Yes, sir,” Tang said, when asked whether or not he understood the charges and wanted to plead guilty.

Attorney Charles A. Banker III, who represents Tang, declined to comment after the hearing.

Federal agents started investigating Tang in May 2017, when an administrator at Juarez-Lincoln High School contacted them with troubling information.

The teenagers sent the photos and videos to Roxanna Scarlett.

Afraid that Roxanna Scarlett would share the sexually explicit photos and videos, the teenagers unblocked the account.

Tang had a history of preying on children.

In October 2012, he pleaded guilty to possession of child pornography, according to Virginia State Police records, which list him as a violent sex offender.

Tang faces 25 to 50 years in federal prison on each of the four charges. Sentencing is scheduled for Aug. 1.