Alberto Vela is honored to serve the city he grew up in.

On Wednesday, Vela was sworn in to Place 4 of the Mission City Council. He is replacing new City Attorney Gus Martinez, who served as a council member for one year. 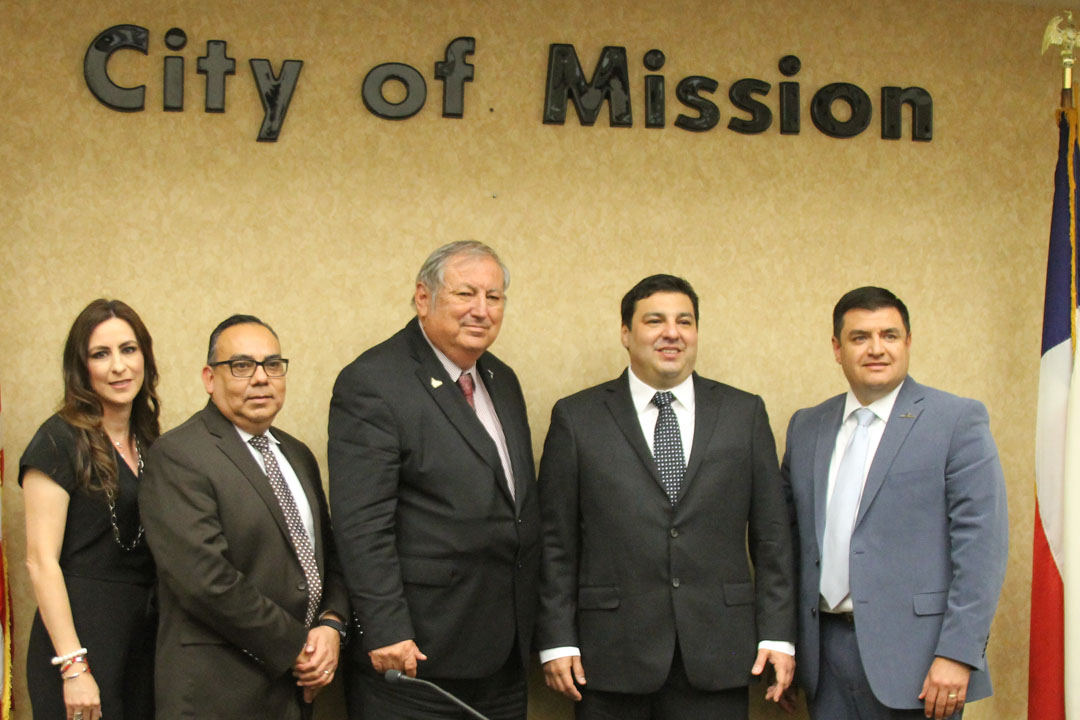 Vela will complete the remainder of Martinez&rsquo;s term. Judge Ramon Garcia administered the oath of office for Vela, who was surrounded by his family.

“I would like to thank Alberto and his family for allowing me the honor of participating in this ceremony, which I know is a wonderful thing,&rdquo; Garcia said. “I&rsquo;ve known the family for about 25 years, and I remember [Vela&rsquo;s] dad – he was a wonderful human being and he really cared about his community.&rdquo;

Garcia said it was a shame that Vela&rsquo;s father, who has passed away, could not be there in person. After being sworn in, Vela dedicated the day to his father.

“My mother Esther and my father, the late Lupe Vela, may he rest in peace, taught my sister Sara, my brother Carlos and I the importance of public service and civic responsibility,&rdquo; Vela said. “Today I dedicate this occasion to his memory.&rdquo;

Vela said he would work with the mayor, city council, city manager and staff “to be fair, impartial and work for the community by ensuring responsible management and oversight of city finances and resources.&rdquo;

“I am not a politician,&rdquo; Vela said. “I&rsquo;m just like each and every one of you: a committed citizen who wants what is best for our community. I took this opportunity today because it&rsquo;s going to take all of us to unite Mission and let it grow.&rdquo;

Vela is a prominent pharmacist and business owner in the city of Mission. He said he opened his first pharmacy in the city, and thanked several people for the opportunity to serve.

“I am most honored and humbled to be here,&rdquo; Vela said. “As most of you know I was born and raised in Mission, and I raised my family right here in the great city.

Mayor Armando O&rsquo;ca&ntilde;a said he was pleased to welcome Vela to the city council.

“It&rsquo;s a great day for the city of Mission,&rdquo; O&rsquo;ca&ntilde;a said. “He will be the balance of the business model that is being brought into the council on behalf of the citizens of Mission.&rdquo;