A book written by a Mission man aims to provide better security through knowledge by teaching readers the best way to stay vigilant prior to any potential attack.

Rich Roth, who has worked as a Secret Service agent and is the executive director of the security consulting firm Counter Technology Incorporated, self-published his novel “Being your Own Bodyguard” earlier this year. 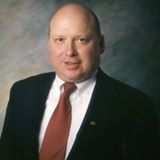 The nearly 200-page long book features personal stories based on Roth’s experiences in his line of work, and tips on how to remain safe in a potentially violent confrontation.

Roth has worked in counterintelligence for 35 years, he said.

“An important lesson I’ve learned is that a good bodyguard never ever gets into a gun fight or a fight of any kind, you try to stay away from those fights,” Roth explained. “So that’s what we’re looking for, a way we can look out for ourselves ahead of time and pick out the potential problems before they cause one.”

The first chapter in the book features Roth writing about the time he worked as a bodyguard for a group of bank employees picking the next CEO after the previous one was killed in a bomb blast.

“I created a routine and scouted the area,” Roth said of his methods. “When you go to a new place, you always want to see what’s normal in that place so you lay low and observe and see what’s ordinary there. After a few days or hours of seeing that and once you see something that sticks out, you know you should not let your guard down.”

This advice, Roth said, can prevent any kind of attack ranging from shootings, bombings and kidnappings.

Through the Maryland-based CTI, Roth teaches security classes all over the country, he said. Roth believes that in today’s day and age, the lessons in his book are more relevant than ever.

“Crime isn’t really dropping and crime in the United States is a pretty prevalent threat that keeps rising,” Roth said. “Nowadays there’s so many threats from cartel gang members and ISIS members and their followers. In my line of work, whenever there is a threat I keep getting work. I’ve never been out of work in 36 years.”

“Being your own bodyguard” is available on the Amazon website in paperback and Kindle formats for $12.