The Mission Consolidated Independent School District held three committee meetings and one special meeting this week on June 5. Several presentations were given to the board of trustees prior to next week’s regular meeting. 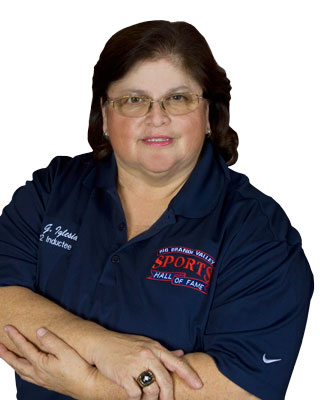 “We did go through the nominating committee process [to decide on the name to be presented to the board],&rdquo; Craig Verley, MCISD Director of Public Relations and Marketing said on the naming of the field. “We met once early last month, we got together and discussed how the process would proceed, and we proceeded also with getting the word out to the public that we were accepting nominations for consideration of the naming of the softball field.&rdquo;

Verley said that over two weeks 36 nominations were received, all for Iglesias.

“We brought the committee back again to look those over and also presented them with a draft of the executive summary for the board meeting,&rdquo; Verley said. “Some of them received initially were from letters presented by Jessica Iglesias [her daughter], and we got in quite a few more from email and through some Facebook messaging as well.&rdquo;

The proposed name presented to the board of trustees was the “Nelda ‘Iris&rsquo; Iglesias Softball Complex,&rdquo; which was questioned by board member Veronica “Betty&rdquo; Mendoza.

“I would like it to be named ‘Coach Iris Iglesias,&rsquo;&rdquo; Mendoza said.

Typically, the district has not included an employee&rsquo;s title when naming a facility after them. Half the nominations were to name the field “Coach Iris Iglesias Softball Complex,&rdquo; while the other half were given in her full name.

“If the board chooses otherwise, that change can be included [in the agenda],&rdquo; Verley said, noting that the ultimate decision would be with the board next week.

The board members present (Petra Ramirez, Charlie Garcia III, Jerry Zamora, Dr. Sonia Trevi&ntilde;o and Mendoza) agreed that the field should be named after Iglesias with the title of coach.

“If that&rsquo;s what the family would want, I think we should honor it,&rdquo; Ramirez said. “I don&rsquo;t think anybody really knows her as Nelda, everybody knows her as Coach Iglesias. I never knew she was Nelda until I saw the page [in the agenda].&rdquo;

During the finance committee meeting, the district was presented with the renewal of administrative services only (ASO) with Blue Cross Blue Shield of Texas insurance. A consultant for the district from Carlisle Insurance said the companies are set to renew on Oct. 1.

The district has an offer to renew their contract with Blue Cross Blue Shield for an additional year of coverage. Administrative services handle the claims for employees, and part of these services cover the administrative charge that is charged per employee per month.

The rate will fluctuate with enrollment. It provides employees with their identification cards, online registration and portal access and more.

According to the consultant Blue Cross Blue Shield&rsquo;s ASO plan includes other services such as an annual wellness allowance of $10,000, to be used for wellness programs and partnerships within the district. All members enrolled in the plan will also have access to telephone or conference access to board-certified physicians 24 hours a day, seven days per week.

Blue Cross Blue Shield also said if they use district funds in a mistake, they are liable to pay back the district. This will be MCISD&rsquo;s sixth year with the insurance provider, and the consultant expects a 10 percent decrease in administrative costs, translating to about $80,000 in savings for the district.

Carlisle Insurance recommended to approve the renewal at the next board meeting.

During the special meeting, the board of trustees evaluated Superintendent Carol G. Perez and went over her contract and compensation. They had their entire discussion in executive session, and approved the contract they went over during the session once the meeting reconvened.

No comments were made as to the nature of the contract or what Perez&rsquo;s compensation will be, and until it is signed the board of trustees is keeping all information on the contract private.