The police officer who stole $16,000 from the La Joya ISD Campus Crime Stoppers program will not spend a single day in prison. 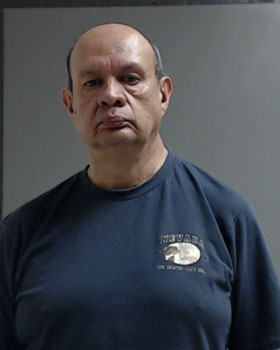 Garcia confessed to stealing $16,000 from Crime Stoppers. Moments before sentencing, he presented the Hidalgo County District Attorney’s Office with a check for the missing money.

“I regret doing it,” Garcia said.

Administrators provided details about the transactions in a report submitted to the Governor’s Office. The report documented how Garcia transferred money from the probation account to the activity account and withdrew the cash at ATMs.

“The La Joya ISD Campus Crime Stoppers Program has learned a very harsh, yet important lesson this year; and that lesson learned is to be transparent,” according to the report. “Transparency and open communication is the key to any successful crime stopper program.”

A grand jury indicted Garcia for theft by a public servant, a third-degree felony. He pleaded guilty and state District Judge Noe Gonzalez scheduled sentencing for May 30.

Garcia, though, couldn’t repay the money on May 30. Judge Gonzalez delayed sentencing until Monday, when Garcia arrived with a cashier’s check for the full amount.

“He has no prior criminal history, judge,” Gorena said. “This is the only incident he’s ever been involved in and the restitution has been paid in full.”

When a defendant receives a sentence of deferred probation, the defendant pleads guilty but the judge defers making a finding of guilt — and the defendant isn’t actually convicted of a crime.

“While he was there, he took advantage of the situation,” Martinez said. “Over the course of about two-and-a-half years is where this theft occurred. It was in small increments.”

“It is the opinion at this time of the court, pursuant to the negotiations that went on between the judge and the defense counsel and state’s attorney, that the finding of guilty and all further proceedings in this matter are, at this time, hereby deferred,” Guerra said.

Along with four years probation, he required Garcia to pay a $750 fine, cover the court costs, perform 100 hours of community service and attend classes for people convicted of theft offenses.

Garcia is also prohibited from seeking employment with any school district while on probation.

“We wanted a conviction,” said Hidalgo County District Attorney Ricardo Rodriguez. “We wanted a straight conviction and we wanted his license.”

What punishment to assess is a question for the judicial system, said La Joya school district police Chief Raul Gonzalez.

“My whole concern here had always been recovering the money that belongs to the program,” Chief Gonzalez said.
Gorena, the attorney who represented Garcia, said restitution played a major role in the decision-making process.

“Our concern was the victim. The victim’s been made whole. The total restitution was paid,” Gorena said. “And we’re happy with the outcome.”