For State Farm insurance Agent Jerry Saenz, his business is a way of giving back to the community.

Saenz, a Mission native, has provided insurance for the Mission community since 1974. Since 1978, his office has been at 1211 N. Conway Avenue. 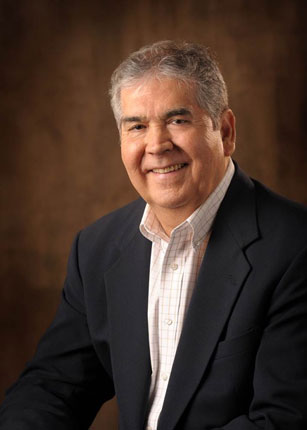 “Insurance is a way of giving back. I’ve been very fortunate to live in my hometown, so I believe in giving back to the community,” Saenz said.

Saenz takes the idea of giving back to his community to heart. Right after graduating from Mission High School in 1960, he served in the U.S. Air Force for four years before attending college at what was then Pan American University to study business management.

As a Mission native, Saenz has served on the Mission Planning and Zoning Board, the Hidalgo County Welfare Board, the Mission school board of trustees and the Mission Civil Service Committee.

“Why wouldn’t I want to serve the community like this,” Saenz said. “We are here to serve in whatever capacity we can and in our lifetime, we’re all supposed to serve one another.”

In his 45 years working, Saenz said the business has been changing, but he’s been adapting to it.

“There’s more players out there, it’s more competitive, but I have clients that have been with me for 45 years,” Saenz said. “Others that have come and gone, and that’s the nature of the business. They come and go sometimes but I’ll always provide good, attentive service; it’s what people expect. When there’s a need, we will respond.”

As an insurance agent, Saenz provides auto, life, home and health insurance, something he says is important for everyone-if they can afford it.

“Our rates vary based on the types of cars, homes and health of the person,” Saenz said. “Things happen. People die, get in accidents and receive property damage from wind, hail storms and even flooding. People need all sorts of insurance, they can’t afford the losses that come up from time to time without it.”

Saenz said that the biggest mistake a person can make is trying to get insurance too late, adding that people anticipate a disaster, but don’t properly prepare for one.

“People don’t think about these things until after something happens. They let it go, time passes and then end up with a loss of some kind and it’s too late, we can’t help you,” Saenz said. “You need to anticipate. You need insurance to recover losses you cannot afford. It’s a pool of people contributing to this pot to take care of you. That’s what insurance is.”