The U.S. Attorney’s Office for the Southern District of Texas wanted Delgado to stand trial in Houston, concerned pretrial publicity would taint the jury pool. Delgado argued that holding the trial in Houston would place him at a significant disadvantage. 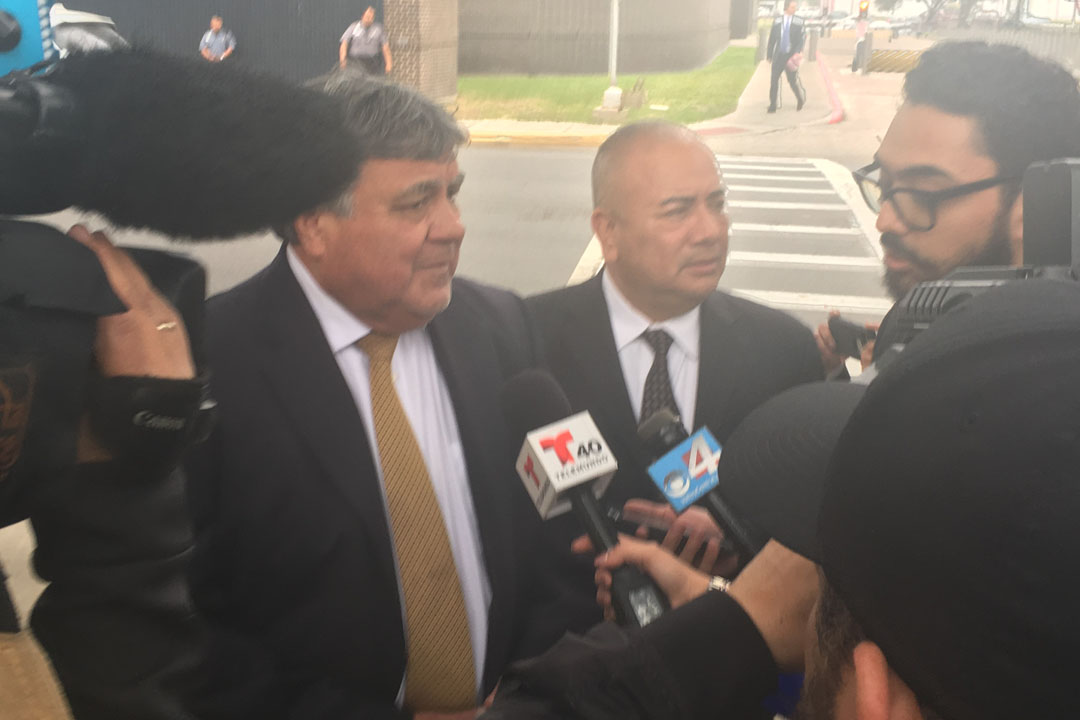 “Here, the Government does not contest that the alleged criminal conduct underpinning the indictment was committed within the McAllen Division,” U.S. District Judge Alfred H. Bennett wrote Monday after reviewing briefs filed by Delgado’s attorney and federal prosecutors. “As a result, transfer of this case to the McAllen Division for trial purposes only is in the interests of justice.”

Federal agents started investigating Delgado in November 2016, according to court records. What prompted the investigation remains unclear. At some point, though, a local attorney named Noe Perez confessed to paying Delgado for favorable court decisions.

Perez paid small bribes, which ranged from $250 to $350, on “at least twenty occasions,” according to court records. He also provided Delgado with a truck worth approximately $15,000.

“The favorable judicial consideration provided by Judge Delgado included, but was not limited to, the dismissal of charges, the dismissal of cases, release from prison, reinstatement to community supervision, and personal recognizance bonds valued at $5,000 apiece in lieu of incarceration,” according to the criminal information against Perez, who pleaded guilty.

Agents arrested Delgado on Feb. 2, 2018, during a traffic stop in Jim Wells County.

Prosecutors eventually secured an eight-count indictment, which charged Delgado with bribery and obstruction of justice, among other crimes. He pleaded not guilty.

From the beginning, Delgado’s attorneys wanted the case transferred to McAllen. Prosecutors wanted to keep the case in Houston.

“First, this case was investigated and charged in the Houston Division for proper law enforcement reasons. Among those reasons are that defendant is a well-known public official in the relatively small McAllen area community and active candidate for judicial office,” according to a motion filed by prosecutors. “The government anticipated that this case would garner significant media attention in the McAllen Division, and it has. This coverage, coupled with the defendant’s profile in the community and status as an active candidate for judicial office, suggest that picking a jury without prior knowledge of the defendant or his charges will be challenging, if not impossible.”

Along with practical questions about the availability of witnesses, holding the proceedings in Houston posed big-picture questions about public policy and the administration of justice.

“First, what message is being sent to the jury who will decide Defendant’s fate, as well as
the message to be sent to the larger community in Houston? Because all events transpired in
McAllen, the Houston jury will inevitably wonder why they are presiding over this trial,” McCrum wrote in a motion. “Would not the implication be conveyed to the jury as well as to the Houston community that people in McAllen must be corrupt, or accepting of corruption, and therefore cannot be trusted to preside over this kind of trial?”

After a hearing in Houston on Oct. 19, the judge rejected a request to hold the trial in McAllen.

The Southern District of Texas, however, adopted new guidelines — Local Criminal Rule 18 — in May governing the transfer of criminal cases between divisions.

After the Southern District of Texas announced the proposed rule, McCrum asked the judge to reconsider.

“Adoption of Local Criminal Rule 18 constitutes an intervening change in the controlling law governing transfers of criminal cases from one Division to another in the Southern District of Texas,” Bennett wrote. “Therefore, reconsideration of Defendant’s Motion for Change of Venue is warranted, and the Court grants Defendant’s Motion to Reconsider.”

Bennett will preside over the trial, which is scheduled to start on July 1.