Root was covering the Trump administration’s zero tolerance immigration policy that reportedly saw more than 3,000 children be forcibly separated from their parents and placed into shelters or foster care-while their parents were prosecuted for entering the country illegally. 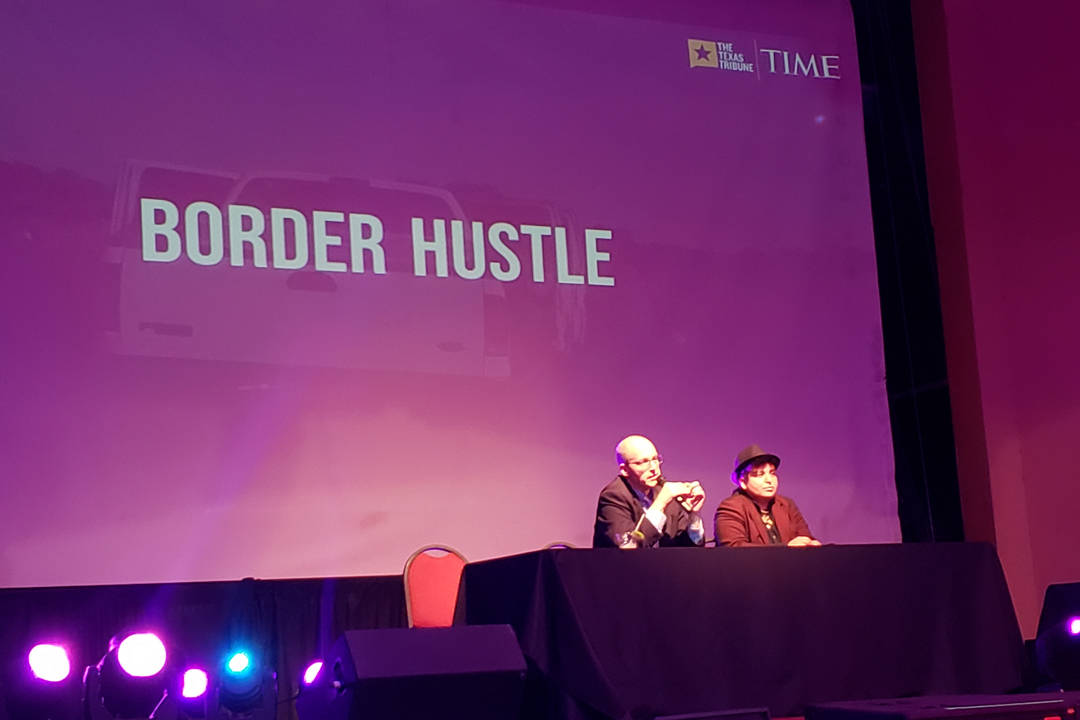 Though the administration initially reported 3,000 children were separated from their families, a January 2019 article from the New York Times reports that the actual number is unknown due to a lack of a coordinated tracking system between the U.S. Department of Health and Human Services and the Department of Homeland Security.

“I met [Carlos] in a detention facility north of Houston and he told me that he was concerned about his daughter and wanted to reunite with her,&rdquo; Root said.

Root explained to an audience at Cine el Rey how Carlos told Root about the 1,700 mile-long trek he took with his 6-year-old daughter Heyli from Honduras to reach the U.S. border. Carlos gathered a total of $10,000 to pay to a smuggler and the Cartel to take him to the Rio Grande to surrender to Border Patrol agents.

Carlos took his daughter on the journey in the hope of starting a new, better life — only to be separated by more than 1,200 miles shortly after they requested asylum.

“He told me how at the facility he had to pay for phone calls, food and basic items while Heyli was sent to a shelter in Arizona and it sounded like a big shakedown,&rdquo; Root said. “While he was talking about that it was reminding me of what a lot of other migrants were telling me about the situation that they faced not only in their home country with gangs they were fleeing, but along the road where they had to pay crazy fees to cartels in Mexico to get across the river. It felt like one big hustle; they go through all that but then when they get across the border and think they&rsquo;re home free, it&rsquo;s another big hustle on our side of the border too.&rdquo;

As part of a collaboration with the Texas Tribune and TIME magazine, Root detailed the journey of Carlos and Heyli in a long-form piece that was published last March, and created a documentary “Border Hustle&rdquo; that was released concurrently with that article.

“Border Hustle&rdquo; was screened at McAllen&rsquo;s Cine el Rey Monday where Root was in attendance-along with the documentary&rsquo;s photographer, Valley native Veronica G. Cardenas, to discuss the 25-minute long documentary to audiences in attendance.

In the documentary, audiences saw Carlos and Heylei being reunited after being separated for two months. The documentary also explained how the two were in for-profit immigration detention facilities, a $1 billion industry as corporations operating the detention centers receive money for each immigrant in the facility.

“When it comes to making money off of migrants, you&rsquo;re getting a huge percentage of the wealth of desperate people,&rdquo; Root said. “In the case of corporations, they&rsquo;re getting money from the American taxpayer because they are paying to have these people incarcerated. There&rsquo;s a good story to tell about the business. It&rsquo;s incredible to hear from the beginning, the coyotes and cartels these migrants encounter to these corporations.&rdquo;

Cardenas and Root both discussed how they struggled as journalists to not get emotionally attached to their subjects and remain objective journalists while telling this story.

“The most emotional moments were hard, after they were reunited Carlos had to leave town for nearly a week for work the very next day and Heyli didn&rsquo;t know if she would see him again,&rdquo; Cardenas said. “There have been times I&rsquo;ve had to put down my camera and talk to them. It helps if they hear things from an outsider. I knew I couldn’t tell him how to do things but I felt concerned for the little girl because she was not ok.&rdquo;

Ultimately, Root told the crowd, this story was a way to talk about the plight of undocumented immigrants in a new way.

“I wanted to get past the rhetoric in a way. A lot of people talk about what they see as human rights violations and those are all legitimate stories but I wanted to focus on the money,&rdquo; Root said. “This is about the money and there&rsquo;s a lot of that.&rdquo;

“Border Hustle&rdquo; can be viewed here.