MISSION – Aurora Diaz Austin, age 93, passed to a new life and entered eternal rest with the Lord on Saturday, June 15, 2019, at 3:54 p.m. at Rio Grande Regional Hospital in McAllen.

She was born on October 11, 1925, in Rio Grande City, Texas, to Pedro Diaz, Sr. and Aurora Valverde Diaz. Aurora was always full of energy and helped her parents at the Starr Grocery Store which later developed into Valley Mart Stores Empire. Active in high school, she served as Drum Major for Rio Grande City High School. 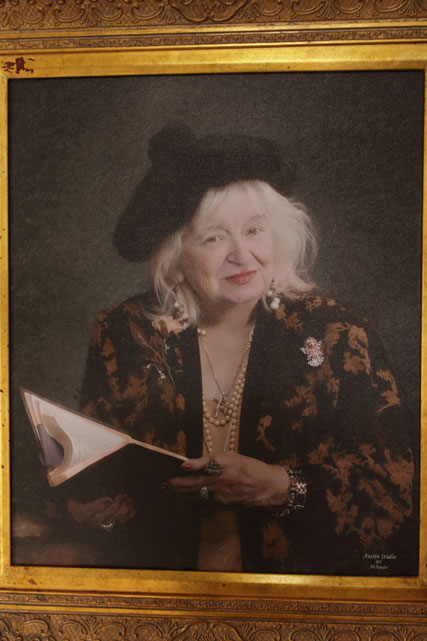 Aurora loved to play the piano and would dance and sing to help raise money for charities. In 1949 Aurora was Princess of the American Legion Leary Post 382 and raised $20,000 to build the existing hall in Rio Grande City on Waters Street.

Tragedy struck the Diaz family when, on August 20, 1951, fire engulfed their grocery store and living quarters. Persistent, the Diaz family built a new store just across the street to the West. Aurora worked for the family business till the age of 33 to assist her family. She also owned and operated Aurora’s Dry Goods in Rio Grande City. She met the love of her life, Carlos Alejandro Austin, and they married on July 2, 1950, at the First United Methodist Church of Rio Grande City. Together they had five children and in 1958 the Austin family moved to Mission, Texas, where Aurora resided for the remainder of her life.

While raising five children she found time to attend Pan American University and got involved in her community.
Although unsuccessful, she threw her hat in the ring and ran for the Mission School Board in the 60s. Aurora’s energetic personality and business background allowed her the opportunity to build and run a kindergarten that many of today’s movers and shakers of the Mission community attended.

Aurora loved writing articles for the Sun Valley News under the caption of “Out Our Way.” She also worked as a substitute teacher for the Mission, McAllen and La Joya school districts. She was actively involved in many civic organizations including the Mission Hospital Auxiliary, Mission Hobby Club, Mission Citrus Fiesta, the Garden Club, Mission Lions Club, the Pan American Book Club, Order of Eastern Star, the Mission Band Boosters Club and the Mission Historical Museum.

Aurora enjoyed writing poetry in English and Spanish about her life and was included in Who’s Who and also Personalities of the South. On December 16, 2002, Aurora was commissioned a “Yellow Rose of Texas” by Governor Rick Perry.

She was preceded in death by her husband, Carlos Alejandro Austin; two brothers, Noe Diaz and Pete Diaz, Jr.; and by two sisters, Noemi Longoria and Ninfa Lopez. 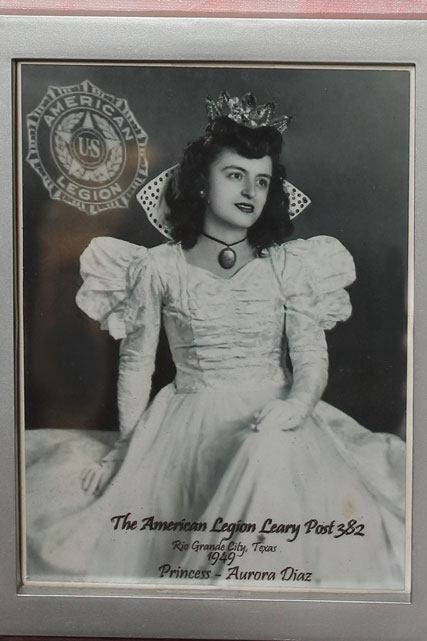 Visitation was held on Wednesday, June 19, 2019, at Flores Funeral Home Chapel in Mission with a Prayer Service conducted 7:00 p.m. Funeral services were held at 10:00 am, on Thursday morning, June 20, 2019, at the First United Methodist Church in Mission with interment following at San Jose Cemetery in Mission.

Funeral services were entrusted to the care of Flores Funeral Home of Mission.