In a move that local officials say will boost the economy and strengthen transportation in the region, Texas Gov. Greg Abbott signed a redesignation agreement to merge the three Valley Metropolitan Planning Organizations. 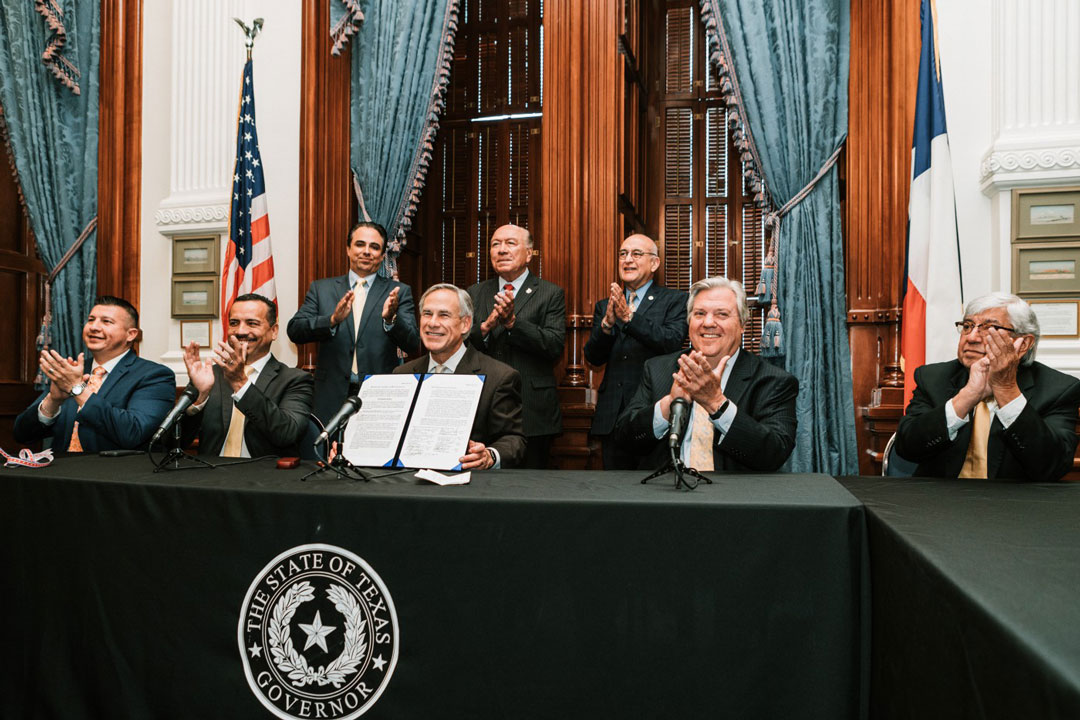 “Thanks to the hard work of many leaders and stakeholders here today, we are ushering in a new era of economic development and collaboration for the Rio Grande Valley,” Abbott said at the signing ceremony. “This region plays such an important role in growing the Texas economy and strengthening our international trade partnerships. I look forward to the tremendous new opportunities this agreement will create for the people of the Rio Grande Valley.”

A metropolitan planning organization is a local decision-making body that is responsible for overseeing the metropolitan transportation planning process. Federal law requires an MPO for each urbanized area with a population of more than 50,000 people.

Prior to this agreement, the Rio Grande Valley was home to three separate MPOs — Brownsville, Harlingen-San Benito, and Hidalgo County. The RGV MPO agreement will merge all three MPOs into one, encouraging economic development and strengthening transportation systems throughout the region. The agreement will also improve the Rio Grande Valley’s ability to compete for greater funding opportunities for infrastructure projects.

With this agreement, the incoming Rio Grande Valley MPO will be able to compete with Austin, Dallas-Fort Worth, Houston and San Antonio for funds from the Texas Department of Transportation.

“We were fighting for the same cheese when it’s better to get a bigger piece of it,” Pharr Mayor and Hidalgo County MPO Chairman Ambrosio Hernandez previously said. “It was time for us to work as a region to mobilize our resources together more effectively, maybe get bigger amount of funds for our region to cover all aspects of our needs. And what better way to do it…then doing it together rather than doing it in pieces.”

The merger had been in the works for years, Hernandez said.

According to Hernandez, 80 percent of MPO funds are distributed to the MPO’s for the areas of Austin, Dallas-Fort Worth, Houston and San Antonio due to their population size. Once the merger is finalized, the RGV MPO will be able to receive a portion of that 80 percent.

The goal is to have the new MPO set up by before the start of the upcoming fiscal year, Hernandez said. He added that the new MPO board will have 13 members representing the cities of Pharr, Mission, Edinburg, McAllen, Brownsville, Harlingen and San Benito, along with Hidalgo and Cameron County, for a combined 31 votes.

With this merger, Hernandez said potential future projects that could happen due to the increase in funding include the construction of a second causeway to South Padre Island and a highway loop that connects all of Hidalgo County.

“Our South Texas region will now have access to millions in funding for transportation infrastructure projects, which will lead to better economic opportunities for our entire region to enjoy,” Hernandez said in a statement.