The community was recently invited to donate to a worthy cause, and possibly meet their new furry best friend.

On Thursday, June 13, as part of a collaboration with the Greater Mission Chamber of Commerce and RGVision Media, the Laurie P. Andrews PAWS Center were honored at an event that also recognized a notable county surgeon. 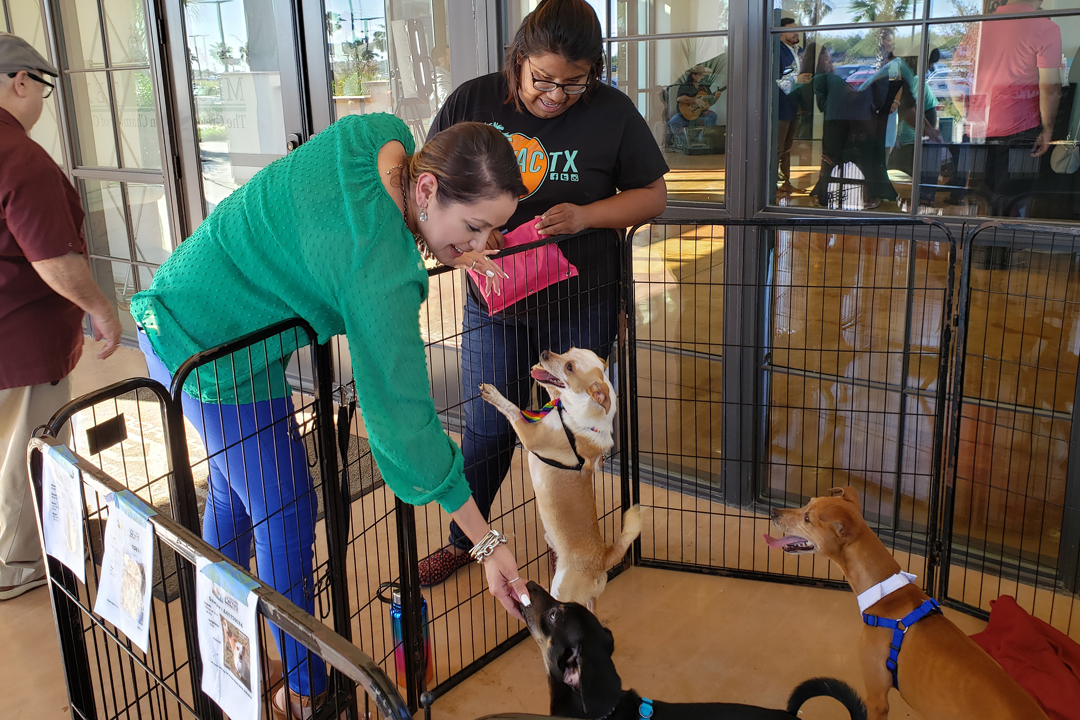 As part of a bi-monthly business mixer held by both businesses, the public was invited to attend a networking social event at the Lexus dealership in Pharr where proceeds through a $20 donation at the door went to the Edinburg animal shelter that serves the entire county.

As part of the mixer, the center brought three dogs in need of adoption to the event.

“You can’t go wrong with puppies, people get a chance to be introduced to something new, wonderful people and organizations,” Angelica M. Dinh, the event manager for RGVision Media said. “It brings awareness so people can see what these organizations are and how they contribute to the community.”

The Laurie P. Andrews PAWS Center is an Edinburg-based no kill animal shelter that according to center Director Rebecca Villanueva, sees 39,000 animals go through their door per year.

At the event, she announced that until July 3, the center was waiving all adoption fees to encourage more adoptions in the center. The adoption fees range from $50-$100 and covers a month of health insurance, spaying and neutering, microchipping and more.

“The summer months are our peak intake due to the high volume of animals we receive,” Villanueva said. “In May, 3,000 animals came in. We see such a huge intake that we want to encourage more opportunities for people to know the joys of pet adoption.”

The dogs that were at the mixer included Sawyer, a Chihuahua mix who was adopted before the event started, Pierce, a Shepherd mix and Buddy, a Terrier mix.

“The Paws Center is an adoption facility for the Palm Valley Animal Center which has been serving the community for 40 years,” Villanueva said. “It’s a great facility to come in as a family, learn more about pet adoption and the challenges our community are facing with pet overpopulation.”

Brenda Enriquez, president for the Greater Mission Chamber of Commerce, praised the actions of the Paws Center.

“They’re out there in the community taking care of all our furry friends for the community,” Enriquez said. “It’s not fair for them to take care of them all alone so we do what we can to help those in need. We’re here to support organizations that really need it.”

Also recognized at the event was Alberto Peña, a proctologist who works at Doctors Hospital at Renaissance.

Peña was born and raised in Edinburg and is the only practicing colorectal surgeon in Hidalgo County.

“I was actually the first to graduate from high school in my family,” Peña said. “During my training, I knew I wanted to specialize and come back to the Valley and offer this service that at the time was not being offered.”

According to an RGVision press release, Peña addresses issues with rectal and colon cancers as well as benign diseases and conditions like hemorrhoids and fissures.