Mayor Rick Villarreal presented a certificate of recognition to Miguel de Luna, who pushed to incorporate Palmview in the 1970s, during a City Council meeting on June 25. 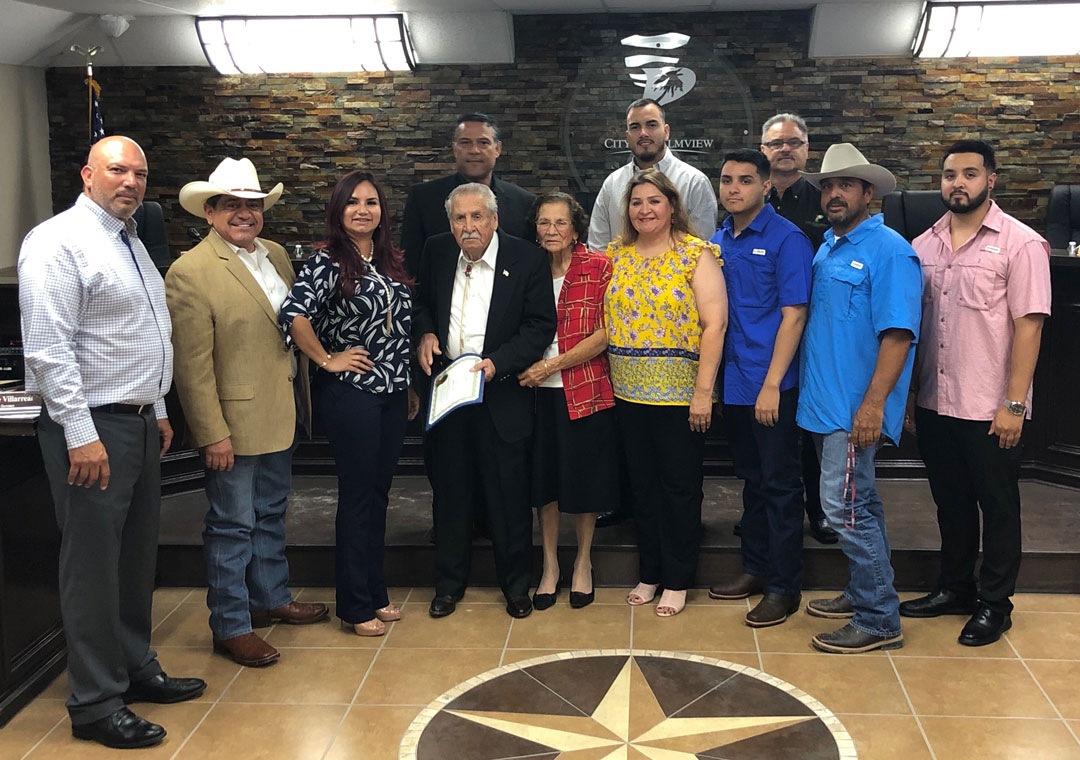 de Luna served in the military during the Korean War, graduated from Texas A&I University with a master’s degree in education and served as a principal at the La Joya Independent School District for 28 years, according to information provided by the city. He also served on the La Joya Federal Credit Union board of directors.

“When we started, there was nothing here,” de Luna said. “It was all brush, orchards and that was it. Ranch land.”

A neighbor named Ramiro Vela approached him and suggested they work together to incorporate Palmview as a city.

“Mr. Ramiro Vela talked to me and he said ‘Mission is coming this way. We need to try to see if we can organize ourselves into a city so we can be on our own,’” de Luna said, recalling the conversation. “And I said ‘Ok.’”

Both Vela and de Luna later served on the Board of Aldermen.

“And he said ‘We’re going to call this the city of dreams because we’re going to be dreaming big until we succeed,” de Luna said. “And that’s what we did.”

This article originally appeared in the Friday July 5, 2019 issue of the Progress Times