This article originally appeared in the Friday July 5, 2019 issue of the Progress Times.

After 110 years in the city, the Mission First United Methodist Church is still standing, and has plans to continue serving the community for years to come. 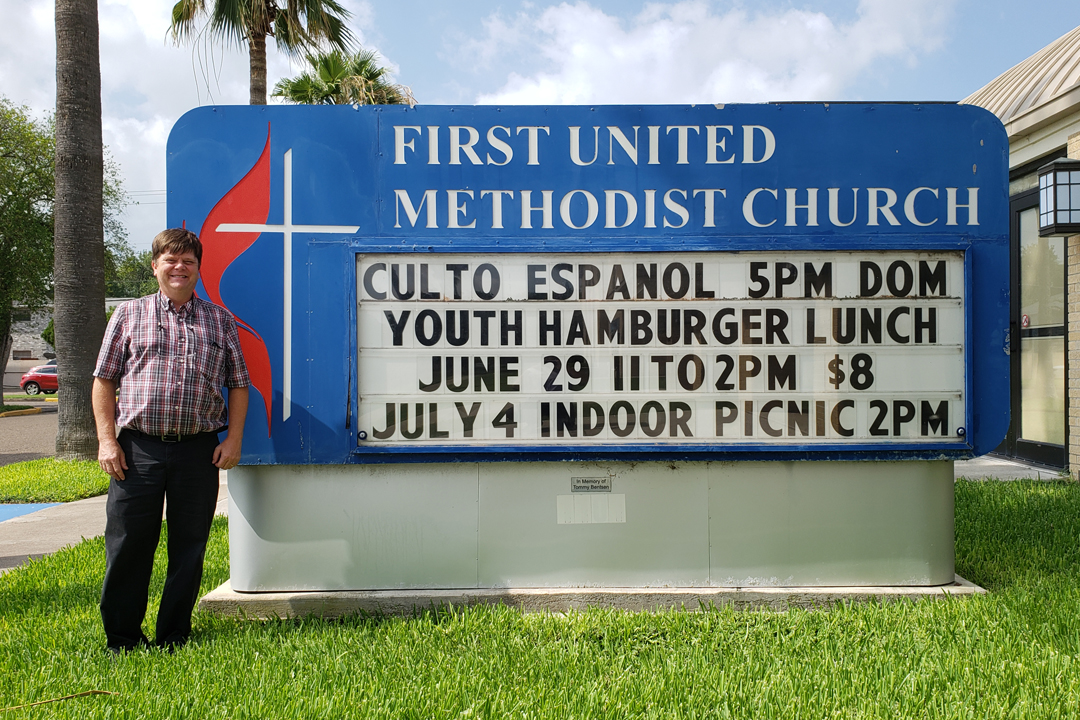 Pastor Bill Duke, who was appointed to serve the church after Reverend Charles Baskin left a decade ago, has been serving Mission First for his longest tenure, and said he is grateful to be here-and to continue to lead the church’s many programs.

“The fact that the church is still standing after 110 years speaks well of how this church has seen Mission as a vital part of its persona here,” Duke said. “A lot of great people, past leaders in the church also, have served the community such as the late Jim Miller who was a past mayor and his wife, Esther, who was the choir director here for 40 years. There’s been a great presence in the city through the church. Since it was created in 1909, it has continued to grow and be vital.”

The church, currently located at 1101 Doherty Ave., offers to its congregation five services every Sunday.

These include an 8 a.m. traditional service, a 9 a.m. contemporary praise service, 10 a.m. Sunday school and a traditional Methodist service at 11 a.m. This year Mission First will introduce a new pastor to lead the 5 p.m. Sunday Spanish service the church has had for nearly five years.

“I think that that fulfills what Jesus wants us to do because the great mission is to ‘go ye therefore onto all peoples.’ It’s all people regardless of race,” Duke said of the Spanish services. “Being in a place that is majority Hispanic, it would be a disservice to our Lord and Savior not to reach those people, a language barrier shouldn’t be a barrier. It shouldn’t be.”

MISSION
Mission First held its first service November 21, 1909 in a 24 by 60-foot-tall building that saw eight people attend its first church service, according to records.

Duke said that in 1925, the church was rebuilt to look like a traditional church-style courthouse in its current location. The church then underwent another change 40 years later to add the sanctuary where church service is now held.

“It was done a few years after the great freeze of 1963 that toppled the local economy because all the citrus had frozen,” Duke said. “Despite that the congregation was able to fund for the sanctuary and our beautiful stained-glass windows that the church is known for. I think it says a lot about how belief and faith in a project can take you far. Despite so many financial hurdles, the church was able to continue growing.”

The church has several feeding programs to provide meals to families in the area through partnerships with the Rio Grande Valley Regional Food Bank every first and third Thursday of the month.

The church even has “Dinner with Friends” every Friday evening where the public is invited to be neighborly to have dinner together at the church.

“The food distribution program is based upon if you’re 200 percent above the poverty level,” Duke said. “So a lot of people qualify, they just don’t know it. All they need is proof of residency to participate.”

The church even partners up with the Mission school district for “In his shoes,” a fundraiser to purchase shoes for needy school children during the summer. The fundraiser usually raises enough for 200 pairs of shoes every year, Duke said.

Last month, the church held their weeklong Vacation Bible School that provided snacks and dinner to kids and their parents, Duke said.

The theme for this year’s Bible School was “Miraculous Mission; Jesus Saves the World” where students learned about how through Jesus, people can ask for forgiveness to receive a second chance. Duke said the vacation bible school is part of the many youth services the church offers. These also include a service project where teens can help repair homes in the area and a United Methodist Youth Fellowship for teenagers every Sunday at 3 p.m.

Duke said these services are open to the public, even for non-congregation members.

“Our mission statement of the church is loving Christ, serving others,” Duke explained. “With these services, we take that mission seriously.”