EDINBURG – Alfred H. Ogletree who served as head coach at UTPA from 1969 to 1997 and was later inducted into the UTPA’s inaugural Athletics Hall of Fame was recognized with a resolution in honor of his legacy.

Ogletree, who passed away on June 24, at the age of 89, was remembered for a legacy of excellence in the field of baseball and for his work with young athletes. In attendance during the July 1 Commissioners Court meeting where Olgetree was honored were representatives from the UTRGV Athletics Department as well as family and friends. 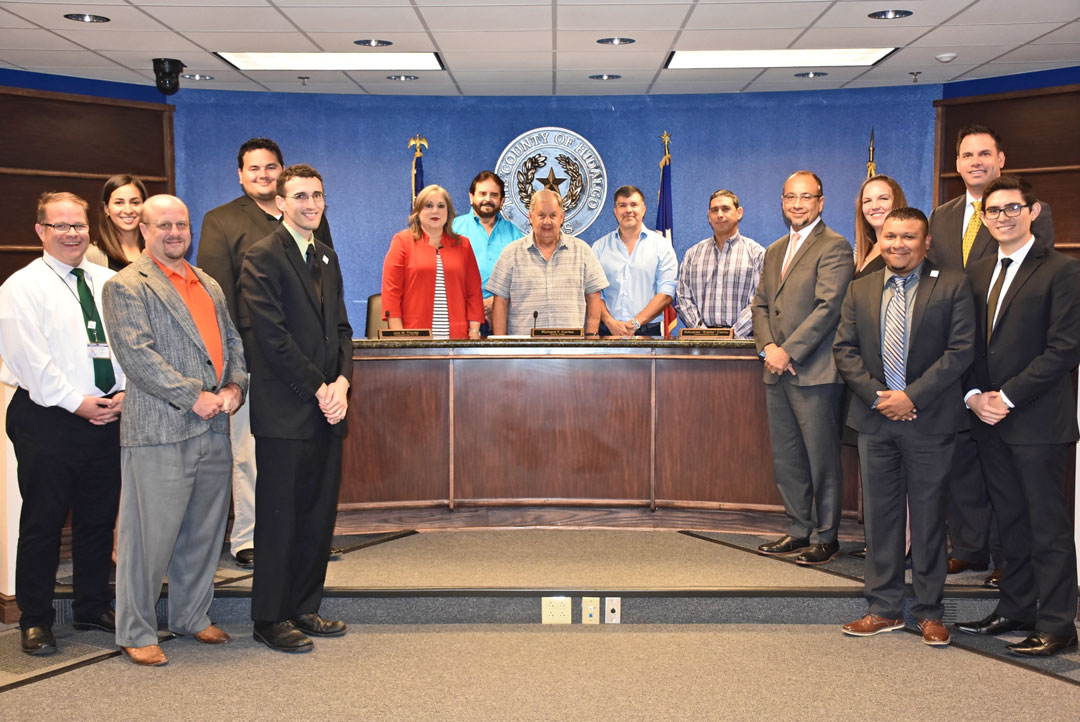 “Today his work family is here to be recognized and accept the resolution on the family’s behalf,” said Precinct 4 Director of Field Operations Tony Forina, who presented the Resolution on behalf of Commissioner Ellie Torres.

Born in San Antonio, Texas, Ogletree played professional baseball in the minors for two years while also serving in the Army as an officer.

He served as head coach at Dallas, Sul Ross State University, and the University of Texas-Pan American.

“Ogletree retired with a 1,084–618–1 record at Pan American,” said Forina. “In his career with the Broncs, he led them to 13 College World Series appearances.”

His legacy will live on through the lives of his family, the many young athletes he coached and all who were fortunate enough to have known him, and he will be remembered for his service to the United States and his exceptional years of coaching.