Investigators arrested a former Progreso police officer Tuesday after a man accused him of sexual assault. 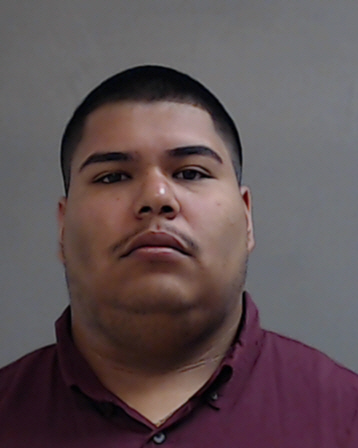 “This is an ongoing investigation,” police Chief Alberto Rodriguez said July 5 during an interview at the Progreso Police Department.

Sepulveda stopped a 20-year-old Mercedes man on June 28 for driving without a license or insurance. Sepulveda arrested the man and warned he would be deported.

“The officer also told him that he could not let him go just like that and that he had to do something,” according to the criminal complaint.

Sepulveda transferred the man from the Progreso city jail to another room.

“The officer then told him to lower his shorts because he was going to perform oral sex on him,” according to the criminal complaint.

After the sexual assault, Sepulveda released the man without any charges, according to the criminal complaint.

The man contacted the Sheriff’s Office, which investigated the case with assistance from the FBI.

“On July 1, 2019, Sheriff’s Investigators met with Matthew Sepulveda and obtained a statement of accused after waiving his Miranda Rights,” according to the criminal complaint. “Matthew stated that he escorted (the 20-year-old Mercedes man) to an office outside of the jail because he was having an anxiety attack. Sheriff’s Investigators reviewed the video footage and observed (the 20-year-old Mercedes man) to appear calm and to be walking with his hands in his pocket shorts.”

Investigators charged Matthew Lee Sepulveda, 24, of San Juan with sexual assault, a second-degree felony, and improper sexual activity with a person in custody, a state jail felony. He remained at the Hidalgo County jail Wednesday and couldn’t be reached for comment.

Sepulveda worked in Progreso from April 17 to July 2, when the police department terminated him, according to Texas Commission on Law Enforcement records.

Rodriguez, the police chief, said he fired Sepulveda because of the investigation. He declined to comment further.

Before he joined the police department, Sepulveda worked at the Hidalgo County jail.

He started working at the jail, which is part of the Sheriff’s Office, in February 2014. He received a promotion to detention sergeant in November 2017.

Sepulveda resigned on Oct. 21, 2018, amid an internal investigation.

The Sheriff’s Office investigated whether or not Sepulveda recorded a supervisory counseling session without permission.

“The internal investigation produced a preponderance of evidence to prove an incident of officer misconduct occurred,” according to a copy of the Internal Affairs report. “However, prior to Sgt. Sepulveda being served with the Internal Investigation notification, he resigned.”

After he resigned, the Sheriff’s Office investigated whether or not Sepulveda and a detention corporal provided drugs to members of the Valluco prison gang.

In one conversation summarized in Internal Affairs records, an inmate calls a contact who states “that he had delivered the drugs to Sepulveda at the HEB on Veterans Road, San Juan Texas.”

Sepulveda wasn’t arrested or charged with any crime related to drug transactions at the jail.