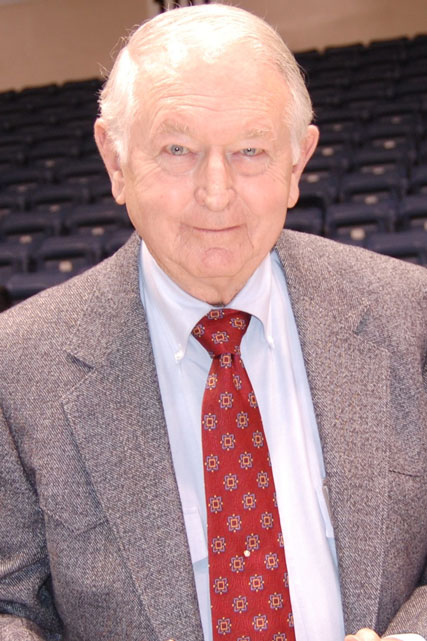 He will be remembered for his love of family and farming, commitment to community, straight-shooting approach to life, and generous spirit.

Jerry grew up in the Valley, graduated from McAllen High School—where he was a drum major—in 1948, and attended Rice University and Texas A&I College, eschewing graduation to take up responsibilities at the family farm. Jerry met Barbara in high school and started dating when Jerry was home from college for the summer. They married in 1954 and started a family soon after.

Their life together took them to Navasota, College Station, Mission, and Peñitas. Jerry’s early life focused on farming. Over the years, he and his family had operations in Peñitas, McCook, Jim Wells County, and Duval County where they grew grain, corn, cotton, peanuts, and watermelons.

Though a successful farmer, Jerry’s greatest accomplishment, second only to his family, was what he established in Peñitas. Jerry and Barbara were instrumental parts of the team that incorporated the City of Peñitas in the 1990s. Jerry and his brother, Duane, went on to develop parts of their farm into residential neighborhoods, growing Peñitas and providing quality infrastructure around which so many families achieved their American Dream.

Later commercial developments provided numerous jobs and services to his neighbors. His commitment to the citizens and city of Peñitas came from a sincere drive to see the area flourish and grow.

During his life Jerry was a fixture of his community, serving on municipal boards and generously supporting children involved in 4-H, FFA, band, athletics, and other pursuits. He donated time and resources to local churches, the Peñitas library, La Joya ISD’s JFK Elementary, and other worthy causes over his life.

Jerry even turned a favorite hobby of his, flying, into an opportunity to serve a greater cause by joining and flying in the Commemorative Air Force. As a Lifetime Member and crew chief, Jerry helped keep aviation history alive for generations to come.

In 2012 he was inducted into the Rio Grande Valley Walk of Fame and Mission Historical Museum’s Wall of Fame. While proud of his professional and community life, no award was as dear to him as the titles given to him by his family: Dad and Papa.

His children and their families have already celebrated his life in a private memorial service.

The City of Peñitas will be celebrating Jerry at Peñitas Public Library on Wednesday, July 17th at 6:00pm. All are welcome. The family asks those unable to attend to honor Jerry’s memory in their prayers and actions.

In lieu of flowers, the family asks that you donate to the Friends of the Peñitas Public Library, a cause dear to Jerry.