None of the three teams running for La Joya City Commission filed complete and accurate campaign finance reports by the Monday deadline. 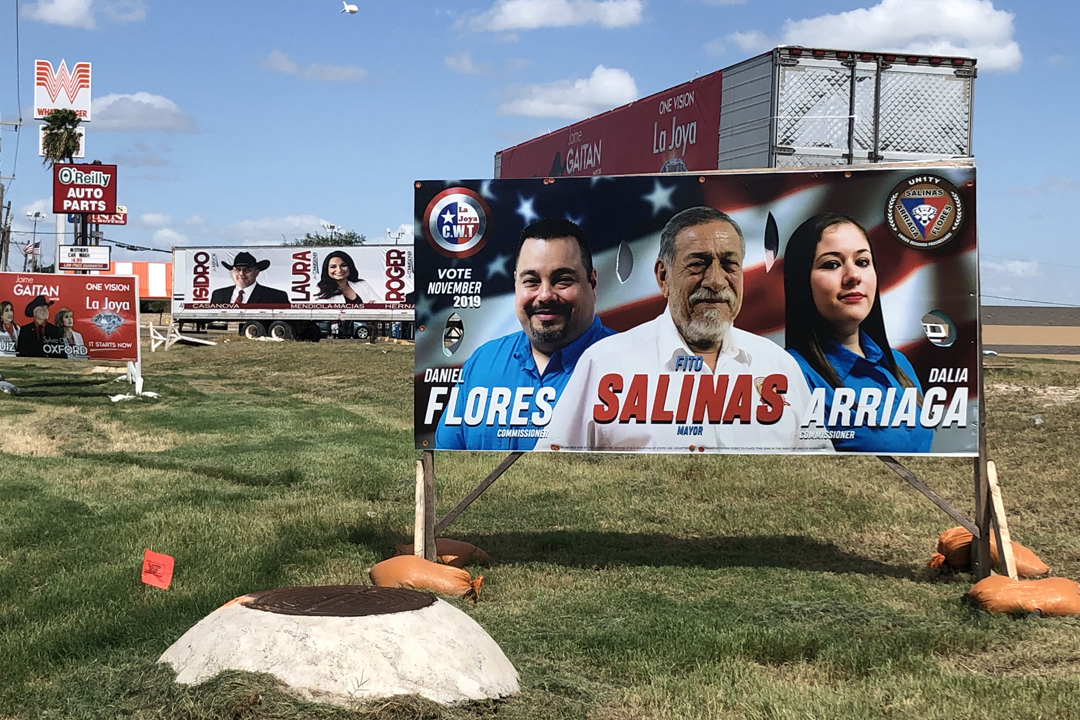 Mayor Jose A. “Fito” Salinas, who is running for re-election, reported that he spent just $1,450 from March to mid-July.

“I’m just competing with too much money this year,” Salinas said, referencing the amount of money spent by his opponents. “I can’t keep up with it. I don’t know who’s financing them.”

Salinas is running with Daniel Flores, a teacher who works for the La Joya Independent School District, and Dalia Arriaga, the wife of police Chief Adolfo Arriaga. They call themselves Un1ty.

Mayor Salinas reported paying $900 to Rosa Garcia of Reynosa for printing and $550 to Designs & More of Edinburg for printing.

Flores and Dalia Arriaga borrowed $10,000 to kick-start the campaign, according to their campaign finance reports. They borrowed the money from BBVA bank on March 29 and must repay the loan with interest by December.

Flores paid $1,050 to Sergio Morales of McAllen for rental expenses, according to his campaign finance report. He also paid himself $275 for water.

For example, the reports don’t include any indication of how much the candidates paid for a billboard on U.S. 83 near Pete’s Muffler Shop.

Un1ty also posted photos on Facebook from a loteria event in April and chicken plate sale in May. Reports filed by the candidates don’t include any expenses or donations from the events.

Adolfo Arriaga, who is the campaign treasurer for all three Un1ty candidates, said they may file amended campaign finance reports.

Candidates from Team “We are La Joya” missed the deadline.

Hernandez reported five donations that totaled $1,320, but he didn’t identify the donors.

Asked about the contributions, Hernandez said a campaign worker collected the checks for an event held on May 19 and he didn’t remember who donated the money. He reported paying $1,000 to Jose Cavazos for political designs and artwork.

Who paid for their signs, bumper stickers, apparel and trailer-size banners on U.S. 83 remains unclear.

Cerda-Oxford didn’t report any donations. She spent nearly $4,000 from her own pocket on signs and campaign-related expenses, including $2,623.38 at The Print Shop in Rio Grande City for advertising.

Ruiz didn’t report any donations either. She spent nearly $3,500 from her own pocket, including $2,158.38 at The Print Shop in Rio Grande City for advertising.

Jaime Gaitan, a former state trooper who is running with Cerda-Oxford and Ruiz on the “3 Candidates One Vision” ticket, hadn’t filed a campaign finance report by 4 p.m. Wednesday.

Gaitan blamed the misstep on City Hall failing to provide him with the proper forms.