The campaign for Precinct 3 commissioner may become the most expensive March 2020 primary race in Hidalgo County.

Businessman Everardo “Ever” Villarreal, who is running against Precinct 3 Commissioner Joe Flores in the Democratic Party primary, loaned himself $280,000 last month, according to campaign finance reports filed with the Hidalgo County Elections Department. 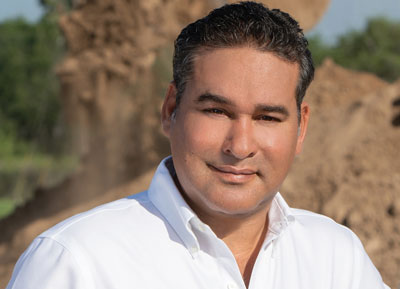 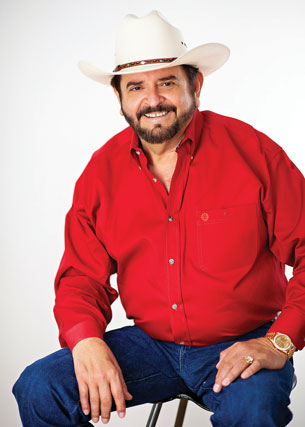 “I see a big opportunity for what I can do for Precinct 3,” Villarreal said. “And I think I need to show people that I believe in myself and that I’m able to pretty much fund my own campaign.”

The loan is roughly 3.5 times larger than what Flores collected from all campaign donors — about $79,000 — during the past six months.

“I put up three times more than that when I first ran,” said Flores, who joined the Hidalgo County Commissioners Court in January 2001.

Flores, who is running for a sixth term, said he didn’t feel the need to loan his campaign money. After nearly two decades representing western Hidalgo County, voters know him well.

“We have the advantage,” Flores said, adding that Mission, Granjeno, Alton, Palmhurst, Palmview and Peñitas support him. “There’s no doubt about it.”

Flores also said he felt confident that he would carry Sullivan City.

With just a handful of major races on the March ballot, the campaign for Precinct 3 commissioner may become the most expensive.

It’s unclear whether or not anyone will challenge Precinct 1 Commissioner David Fuentes. The FBI arrested his March 2016 opponent, former Commissioner Arturo “A.C.” Cuellar Jr., on bribery and money laundering charges.

Sheriff J.E. “Eddie” Guerra, who is running for re-election against Francisco “Frank” Guerrero, a businessman who owns G-Force Security, reported nearly $9,200 in donations from January to June. Guerrero loaned his campaign nearly $113,000.

“Ever has been a friend of ours for quite some time,” Alex Cantu said. “He’s always supported us when we’ve run in the past, and I just think that he’s the best candidate for Precinct 3. We believe in him and we’re going to support him.”

While he needs money to run a campaign, Villarreal said he’s focused on meeting individual voters.

“That doesn’t mean that I’m not getting any help or discouraging people from helping my campaign,” Villarreal said. “I’m just not being aggressive on asking for money from other people.”

Attorney John David Franz and his wife, Annette, donated $10,000 to Flores. Linebarger itself donated another $10,000.

Flores said he’s not concerned with the amount of money Ever Villarreal may spend.

“I wish him the best and good luck,” Flores said, adding: “And may the best man win.”