A 24-year-old Pharr man spiked his wife’s water glass with gasoline, attempting to kill her and collect her life insurance policy, according to court records. 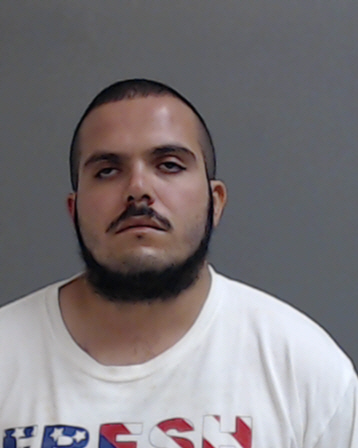 Fuentes confessed “to putting gasoline into the water with the intent of killing his wife,” according to court records. “Jesus further admitted he had purchased a life insurance policy for his wife without her knowledge.”

The investigation started at 7:02 p.m. on April 10, when the Sheriff’s Office dispatched a deputy to a neighborhood near the intersection of Jara Chinas Road and Mile 4 Road.

A 38-year-old woman said she became sick after drinking a glass of water.

“The glass contained gasoline which caused her to feel ill. She called for an ambulance and was transported to the hospital for treatment,” according to court records. “She recalled seeing Jesus smell the glass before taking it to her and he acted suspicious when she asked him if he knew the water contained gasoline.”

Fuentes initially said he didn’t know the glass contained gasoline. However, when investigators met with him on July 9, he confessed to spiking the water with gasoline as part of an attempt to murder his wife and collect the life insurance money.