Despite her height that many said would be an obstacle difficult to overcome, a Mission High School student will be playing volleyball at Palm Beach State College in Florida.

Jazmine Sustaita, who received an athletic scholarship for Palm Beach State College, said she plans to study business in college. 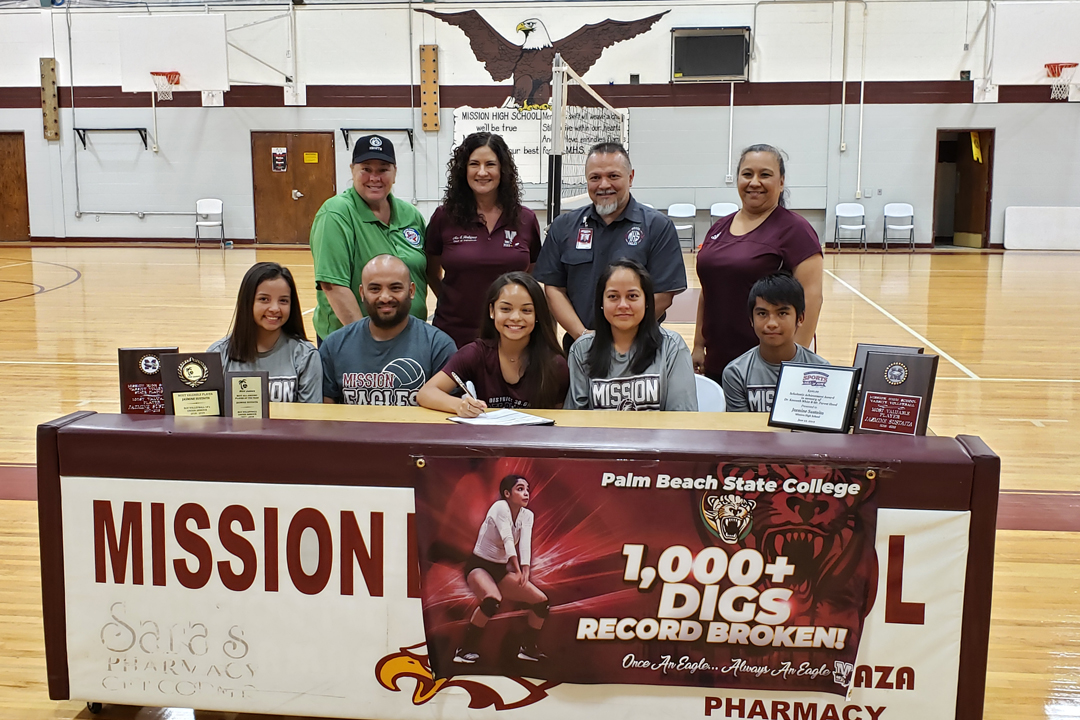 She will be wearing new team colors of green and gold while sporting a new mascot, the Jaguar. She currently holds the record for the most digs that she obtained during her high school volleyball career.

“I’ve been playing volleyball since I was in elementary school and have been doing travel sports throughout high school,” Sustaita said. “I’ve competed in Hawaii, Indiana, Minnesota and other cities. It’s important because playing sports outside the Valley helped me prepare to play at the collegiate level.”

The Mission school district celebrated Sustaita’s latest achievement at a college signing ceremony Thursday, July 18. Sustaita, who is five feet tall, said her height had been criticized throughout her high school career.

“Never let anyone bring you down,”she said. “So many people have brought me down along the way because I’ve been told I was too short-but here I am, about to play at the collegiate level.”

Edna Clemons, head volleyball coach for the district, said that Sustaita’s attitude is what guided her to excel.

“She is chiquita pero picosa, small but spicy,” Clemons said. “Her height may not say much but her heart is huge. She will give her new team120 percent. She will be a good asset to that program.”