A local business has been named one of five finalists in a nationwide entrepreneurship competition that encourages growth in female-led businesses.

Dip it by Pilar, a Mission-based dip company created by Pilar Gonzalez that’s already been recognized by the city of Mission and grocery chain H-E-B, now gets to continue to compete for $100,000 from the Stacy’s Rise Project. 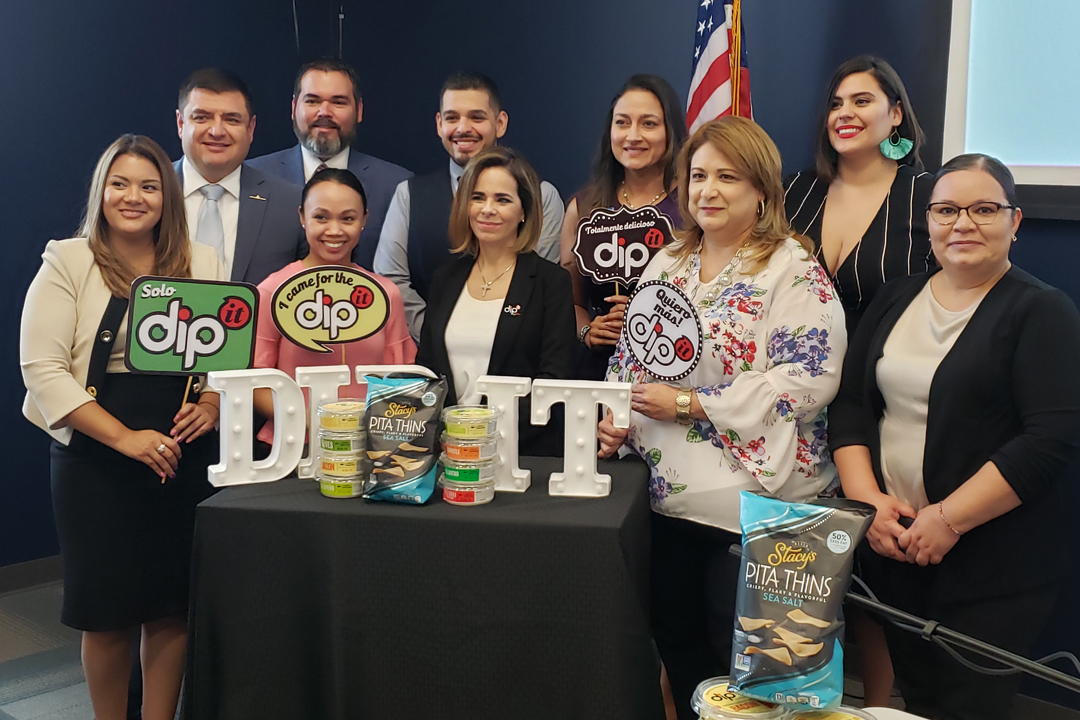 “Stacy’s Pita Chips is one of the few successful businesses with a female founder,” Mission EDC social impact Director Cristina Garza said. “With female entrepreneurs receiving less than two percent of venture funding for their businesses-and Hispanic women receiving a fraction of that-Pilar is the exception, not the rule.

This project is meant to take women under the wings of the PepsiCo brand and help them make their product a global brand.”

Gonzalez was honored at an event last week at the Mission CEED building for being named a finalist at the Stacy’s Rise Project. 400 other businesses across the country participated and she is the first entrepreneur from Texas to be a finalist in the project.

“I’m so humbled to be considered one of the finalists along with four other amazing women whose work is nothing short of inspiring,” Gonzalez said. “This recognition confirms my belief that big dreams come true only with the support of others. In my case, I’m lucky to count with the support of an entire community that has seen me grow as an entrepreneur since I started this company.”

Dip it by Pilar, which has six different flavors and sells yogurt and cream cheese-based dips, was selected by a team of expert judges, including “Top Chef” executive producer and host Padma Lakshmi. The grand prize winner will be granted an additional $100,000 and intensive mentoring by top PepsiCo executives. Stacy’s Snacks, the PepsiCo brand that established this contest, has already awarded Gonzalez and the other finalists $20,000 each to help grow their business and provide them with mentorship and brand visibility over the next three months.

“That’s a lot of money, but it’s the least important prize,” Garza said. “Pilar will be receiving the kind of mentorship that will make this a successful brand that comes out of Mission. We need to foster more people like Pilar Gonzalez and Stacy Madison.”

Daniel Silva, CEO of the Mission EDC, reflected on how Gonzalez got her start at the city through the EDC’s Ruby Red Venture program where local entrepreneurs compete in a “Shark Tank” style competition where they pitch their business or product to the EDC to receive funding.

Gonzalez successfully participated in the program in 2013 during its second round. Three years later, she became an “H-E-B Primo Pick” winner where her product was made available on grocery store shelves.

“She’s the poster child of the program, the sky’s the limit for her,” Silva said. “To have Pilar recognized by a global superpower like PepsiCo is proof that our city needs to continue its support for entrepreneurship. We are well on our way to having a major national brand located right here in our community.”