With wins over teams like the Sharyland Rattlers and the McAllen Memorial Mustangs, and with a start to the season that included a 6-1 overall record, the 2018 La Joya Coyotes football team seemed to be on their way to having one of the most successful seasons any Coyotes team has ever had.

However it was not meant to be as three consecutive losses to end the regular season caused the wheels to fall off the Coyotes’ wagon and Coach Reuben Farias’ team quickly went from being a District 30-6A championship contender to missing out on the playoffs altogether. 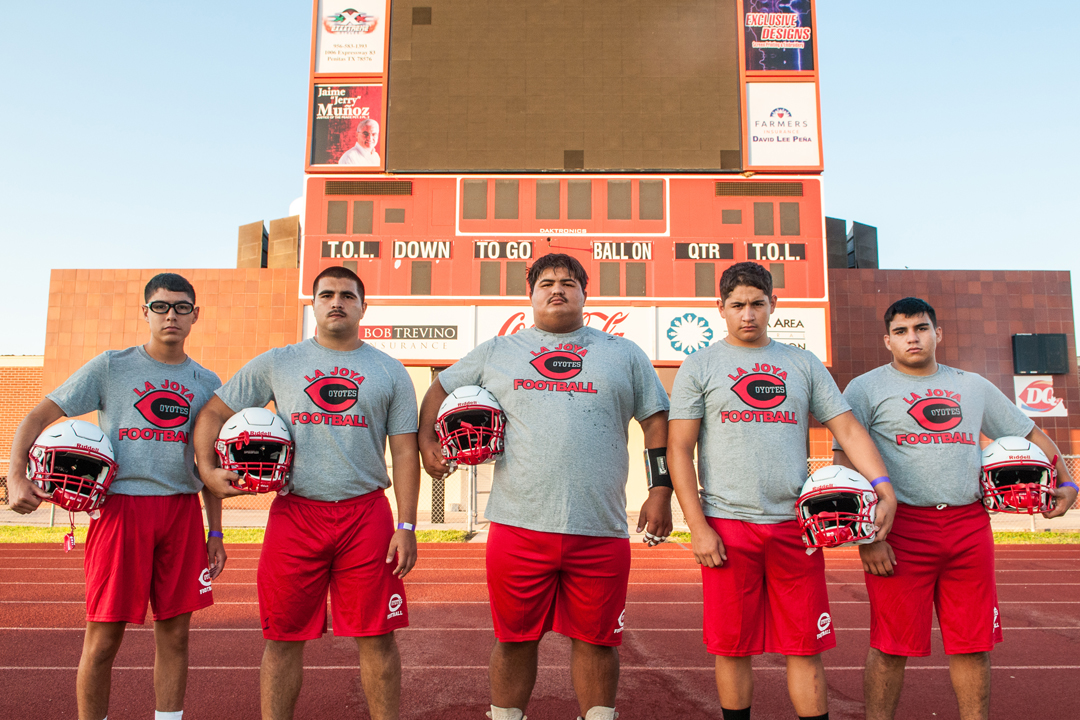 So what went wrong? According to Farias, one key injury played a major role in his team’s downfall.

“To start with we lost our starting middle linebacker, Trey Perez, to appendicitis,” Farias said. “He was a three-year letterman and a two-year starter, so it was a big loss for the squad. The young man that came in to take his place, Josue Bermea, was a junior and the only good thing about that is that it has given him an opportunity to prepare for this season. So while we’re excited that he as those games under him, we knew that it was going to be tough to replace Trey.”

While losing a key player like Perez can hurt a team, one injury is usually not enough to cause such a dramatic downfall in a team’s season. So what else went wrong? Apparently, it was a sudden case of turnover-itis.

“Also, we shot ourselves in the foot last year with turnovers,” Farias added. “In our last three games I believe we had eight to 10 turnovers. Contrast that with our previous seven games in which we only had two turnovers, and it’s not difficult to see how the turnover ratio became a big factor in the way we finished last year.”

With the disappointing 2018 season behind them, Farias and his 2019 Coyotes are looking to emulate what the 2017 Coyotes accomplished, qualifying for the playoffs. And unlike last year when it was the defense that carried the team, Farias will be counting on his offense to control the ball and keep his young defensive unit off the field as much as possible.

“Offensively we’re going to have a good nucleus coming back,” Farias said. “Defensively we’re going to be young. We have a lot of young men that are going to be playing at key positions on defense. That includes a lot of young men that were on the varsity last year but were not every down players. I know that they have that bitter taste in their mouths of the way our season ended last year, as do I. but I always tell our boys that you can start out great, but it’s the teams that win in October and November that make the playoffs.”

As a two time co-offensive MVP in District 30-6A, Villarreal will be counted on to carry the bulk of the load for the Coyotes offensively this season. When asked what it is he likes the most about being a running back, Villarreal said, “I like hitting the holes and taking advantage of every opportunity I have to run through the defense. As a running back that’s what it’s all about.”

Another returning starter for the Coyotes is 6-foot, 350-pound senior offensive lineman Alex Rodriguez. In his third year on the varsity squad, Rodriguez remembers very well the Coyotes’ 2017 season which ended with a trip to the playoffs. It was an experience he is not about to forget.

“It was a once-in-a-lifetime experience,” Rodriguez said. “I met a lot of good people and we’re going to try repeating that success this year.”

As for what it means for him to be a member of the La Joya Coyotes’ football team, Rodriguez said. “It’s a really great honor. I have been coming to Coyotes football games since I was three years old and a lot of members of my family have played here, so I have to take that part of me and show it on the field.”

Senior defensive end Adam Pena is in his second year on the Coyotes’ varsity squad. At 5-foot-9 and 195 pounds, he may be on the smaller side for a defensive end, but his size has not stopped him from doing what he likes best on the football field, sacking quarterbacks and hitting running backs.

“Making the playoffs would give me a lot of pride in my team,” Pena said. “It would show that we as a team have a lot of heart, and that as a unit, we are strong.”

“However, for us to make the playoffs it will take a lot of practice, a lot of perfection in everything we do and a lot of good team chemistry,” added Pena.

Senior middle linebacker Josue Bermea is coming off a season in which he had the unenviable task of filling in for starter Trey Perez. As a result, he is coming into this season with some varsity experience under his belt and as a defensive captain.

When asked what he saw as his responsibilities as a captain, Bermea said, “Keeping everyone in check and keeping everybody focused on practice because we have to get as much practice as we can this year.”

One position that is still up for grabs on the Coyotes’ squad is the starting quarterback. Senior Roy Flores, Jr. is one of the candidates in the running to fill this crucial position. At 5-foot-9 and 135 pounds, Flores is not your prototypical high school quarterback. But he has never been one to let his size stop him from achieving his goals.

“There’s always a size factor when you are a quarterback,” Flores said. “I’ve had people tell me that I don’t look like an average quarterback. But it takes more than size to play quarterback. It takes heart and the right mindset. You’ve got to be smart but you also have to be smart on the field. And I believe that those are assets I have that will help me get the starting spot.”

The Coyotes will be opening their 2019 season with a non-district game against the Palmview Lobos Friday, August 30.