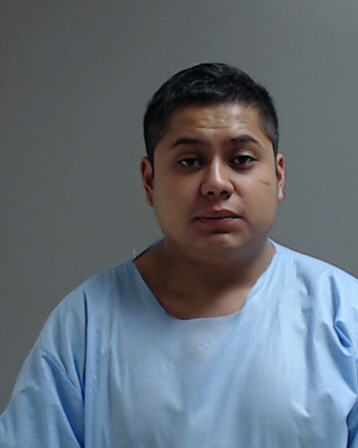 Melchor and six other men — all Mexican citizens — smashed the Deutsch & Deutsch display cases with sledge hammers. Police arrested them moments later. Many shoppers mistook the sound of breaking glass for gunshots.

“There was mass panic when this robbery occurred,” said Assistant District Attorney Lauren Sepulveda, who addressed the court at sentencing.

After they shattered the display cases, the robbers filled six white pillowcases with Rolex watches, diamonds and jewelry. McAllen Police Department investigators valued the items at about $2.6 million, according to a report filed with the Hidalgo County District Clerk’s Office.

The robbery also caused about $900,000 in damage to Deutsch & Deutsch, according to Sepulveda. Insurance covered all but $10,000.

Melchor and another man indicted after the La Plaza Mall robbery, Abner Zepeda Posos, committed a similar heist in Los Angeles during June 2015.

Melchor had pleaded guilty to five counts of aggravated robbery, a first-degree felony. He faced 5 to 99 years in prison.

“And the end of this story, he gets deported regardless of whatever the sentence is,” Whittaker said, questioning whether or not taxpayers should pay to keep Melchor in prison.

After the Los Angeles robbery, the government deported him, Sepulveda said. Melchor had the opportunity to stay in Mexico, where he wasn’t a danger to anyone in the United States.

“And yet he returned illegally and committed the exact same crime over again,” Sepulveda said.

Melchor claimed that someone, who he didn’t identify, had coerced him to participate in the robbery.

“I did it because I was threatened,” Melchor said through a translator. He asked for another opportunity.

Ramon, the judge who is presiding over all seven cases that resulted from the La Plaza Mall robbery, admonished him.

Melchor received a second chance after the Los Angeles robbery, Ramon said, which resulted in a short prison sentence and relatively quick deportation.

Ramon handed down a 25-year prison sentence. He also assessed a $5,000 fine and ordered Melchor, together with the other defendants, to pay $10,000 in restitution.