At least six people wearing FBI t-shirts participated in the search. Armed with a warrant, they removed boxes from the building. 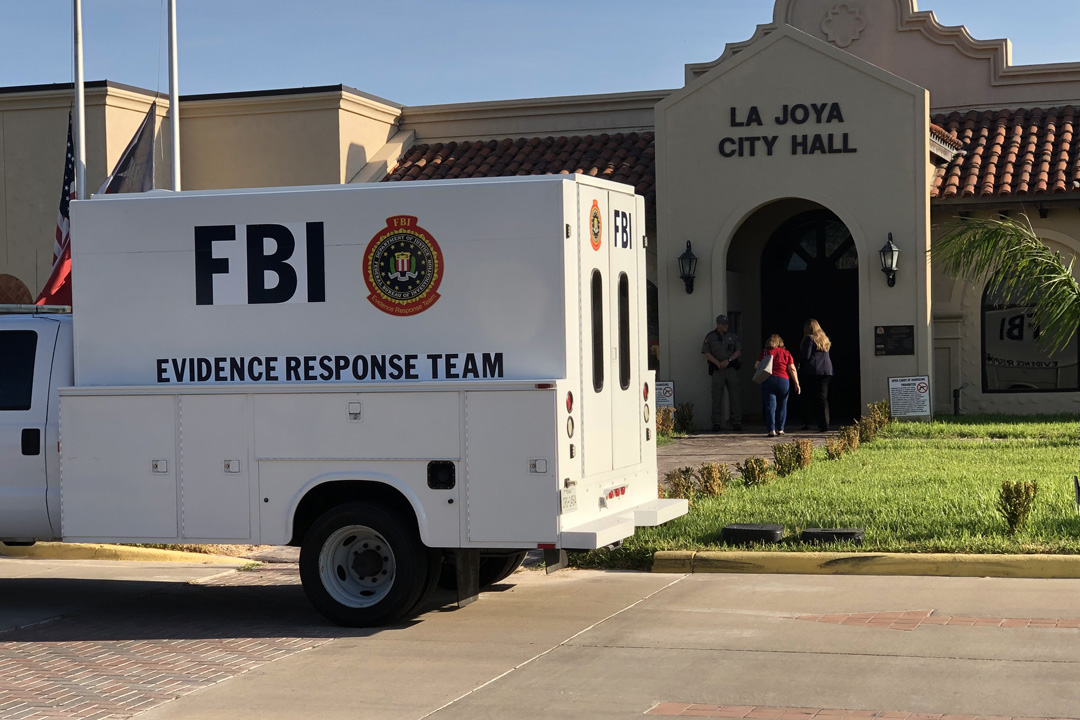 City Manager Jacqueline Bazan said the FBI arrived at about 8:15 a.m. with a search warrant. The FBI asked employees to leave the part of City Hall they wanted to search. City employees complied.

“We don’t know more details than that,” Bazan said.

What, exactly, prompted the FBI to search City Hall remains unclear. During the past eight months, rumors about the FBI investigation became the talk of La Joya.

“We are lawfully present, conducting law enforcement activities,” Lee said in an email. “I can’t comment on why, or what we are doing.”

Texas Department of Public Safety troopers turned people away from City Hall on Friday morning. The police department, which is part of the City Hall complex, remained open.

“I don’t know what they’re looking for,” Mayor Salinas said.

The search warrant and FBI investigation may become a major issue in the November 2019 mayoral election.

“My understanding is this investigation has been ongoing for about two years,” Jackson said. “It centers around the misuse, malfeasance of funds, public funds, for personal use.”

Jackson said the FBI may be investigating the La Joya EDC loan program.

“They’ve given questionable loans through the EDC program to friends, on a political basis,” Jackson said. “People that should not have received those loans. And not only did they give those loans, payment hasn’t been made on those loans. So if you loan something to someone without the expectation of a payment back, then what is it? Is it really a loan? Or is it a gift? And if it is a gift, what was the understanding and the nature of that gift? Was there an understanding between the recipients of the gift and the person that actually allocated the funding for that gift? I’m not saying that the person kicked back any money to them, but it wouldn’t surprise me if they did. Why else would someone receive a free gift? Unless the person giving that gift was like: ‘There’s an expectation on my end.’ And we’ll see. The documents will prove it.”

Jaime Gaitan, a former state trooper who is running for mayor, said the FBI investigation didn’t surprise him.

“Something’s going on,” Gaitan said. “But only time will tell, I guess.”