The city of Palmview released documents Thursday night that shed new light on allegations against them in response to a deadly fire that killed an 11-year-old girl outside the city limits.

After holding a news conference Thursday morning to dispel what city officials say are false statements regarding the fire department’s response to the July 21 deadly fire that claimed the life of Versidy Hernandez, Palmview city Attorney released to the Progress Times calls logs between the city’s fire department and the Alton Fire Department. 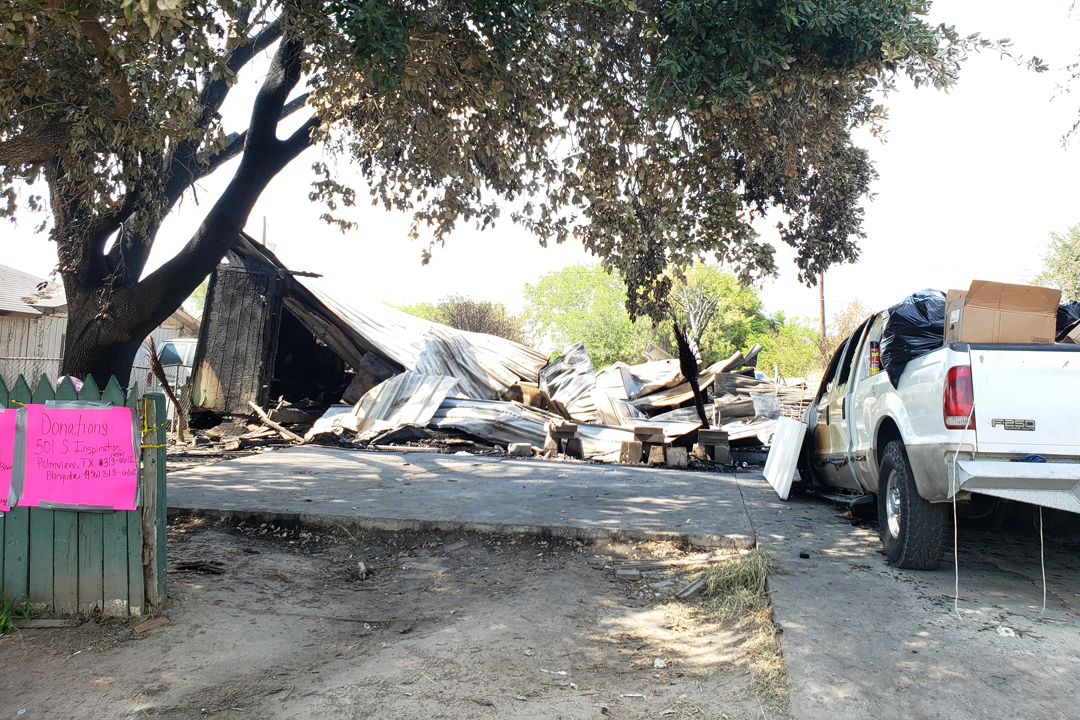 Flores also sent out to The Progress Times recordings of two calls from the Alton Fire Department to the Palmview Fire Department requesting mutual aid to combat the fire that burned five structures. Those were the only calls related to the fire Palmview received, Flores said.

The call logs of the day of the fire show that the initial call for the blaze-which occurred on the 2900 block of Alejandro Street-was made to and answered by the Alton Fire Department at 2:59 p.m. As previously reported, Alton arrived at the scene within five minutes.

The logs showed that the city’s dispatch service received only three calls that day-none of which involved the deadly fire.

“Palmview did not receive that call. Palmview responded in a mutual aid agreement to the best of their abilities,” Sepulveda said. “People think Palmview is larger than it actually is. I don’t think people realize the actual incorporated area for the city ends at the 2 Mile Line. Law enforcement take calls from south of 2 Mile and and fire responds south of 3 Mile. The fire occurred north of it.”

The release of the documents came after the parents of Versidy Hernandez announced they have hired an attorney and investigators to look into the case. Chris Mayo, the San Antonio based attorney the family has retained, condemned Palmview’s actions that day.

“We know that the initial call that came in was the city that should have responded to the call-Palmview-and that Palmview passed on that call to the city of Alton,” Mayo said, adding that the investigation would look into any “negligence or malfeasance” on the part of the entities that responded to the fire.

Despite Mayo’s statement, the call logs show no call was made to the Palmview Fire Department as the area where the fire occurred is outside of the city’s fire district.

Through a contract with the county, the Alton Fire Department is responsible for responding to fires in unincorporated areas.

Flores condemned Mayo’s comments in a press conference Thursday, calling them inaccurate and misleading and saying that no call was made to the Palmview Fire Department. He praised the city fire department which he said sent out 11 personnel and three of their vehicles, including a fire tanker and an ambulance, to combat the blaze.

Sepulveda said he understands the family’s actions in this situation as they are grieving the loss of a loved one.

When reached for a comment, a representative from Mayo’s law firm released a statement saying the lawyer stands by his comments and the records won’t change how the investigation is run.

“Our investigators are locals, with decades of experience and we believe they are going to uncover nothing but the truth,” the statement reads. “We will make our investigation public once all information is confirmed…The bottom line is this, we want answers and if the evidence from both parties clears anyone or implicates anyone, we will give credit where credit is due and do what we can to hold those accountable where negligence is uncovered.”