The FBI arrested a member of the La Joya Housing Authority board Monday after a wide-ranging investigation that targeted public corruption in La Joya.

Sylvia Garces Valdez — who works for the La Joya Independent School District, serves as vice chairwoman of the La Joya Housing Authority board and handled public relations for the city of La Joya last year — surrendered to federal agents on Monday. 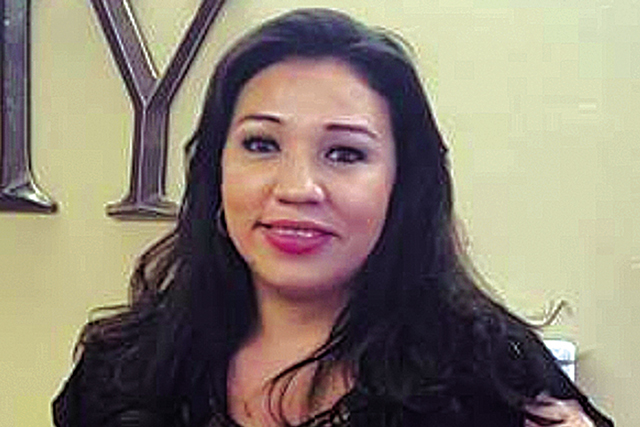 Prosecutors believe Garces Valdez participated in a pay-to-play scheme, which allowed her to win a public relations contract in La Joya. She pleaded not guilty to bribery, a federal felony.

Garces Valdez “agreed to give cash to Person A intending to influence and reward Person B, an elected official for the City of La Joya, for their influence in granting a public relations contract,” according to the indictment against her.

The indictment doesn’t identify Person A or Person B by name.

Garces Valdez had been a supporter of the Salinas family, which is a major player in La Joya politics.

Mayor Jose A. “Fito” Salinas and his wife, Mary Salinas, serve on the City Commission. Their daughter, Frances A. Salinas, served on the La Joya school board and became interim executive director of the La Joya Housing Authority.

Neither Mayor Salinas nor Frances Salinas responded to requests for comment after the FBI arrested Garces Valdez.

“Smart lady. She’s a local person,” Mayor Salinas told the Progress Times last year. “We looked at a couple of other people, but she’s head and shoulders above everybody else.”

The contract included an unusual clause: In addition to $2,000 per month for public relations work, La Joya would pay Garces Valdez a $12,000 “retainer” after she accepted the job.

Mayor Salinas signed the contract on June 12, 2018, according to a copy released by the city under the Texas Public Information Act. La Joya paid Garces Valdez the next day.

Documents released by the city show that Garces Valdez submitted a monthly report on social media activity and attempted to fix the city’s defunct website.

Garces Valdez is charged with bribery, a felony punishable by a maximum of 10 years in federal prison.

As a condition of her release, Garces Valdez is prohibited from speaking with potential witnesses, people involved in the case and anyone who works at La Joya City Hall. The school district also placed Garces Valdez on administrative leave.