The owner of an Edinburg-based company that delivered packages for FedEx pleaded guilty to drug trafficking and money laundering charges last week.

Rodolfo “Rudy” Hernandez, 40, of Los Fresnos — the owner of Rolynn’s Transportation, which delivered packages for FedEx Ground — struck a deal with prosecutors and pleaded guilty Aug. 9 during a hearing in Corpus Christi. 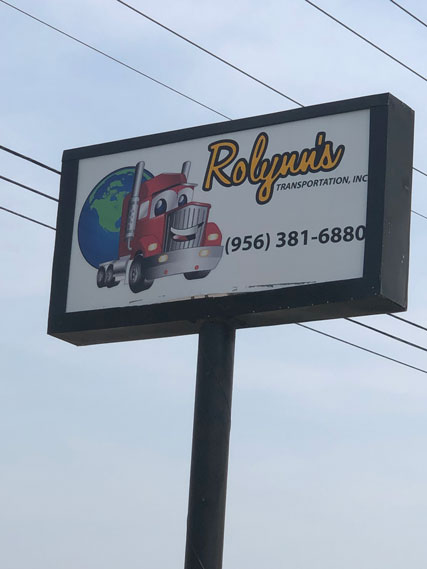 Asked by U.S. Magistrate Judge Jason B. Libby how he pleaded, Hernandez responded with a single word: “Guilty.”

The U.S. Attorney’s Office for the Southern District of Texas, which is prosecuting the case, declined to comment. Attorney Rick Canales of Brownsville, who represents Hernandez, didn’t respond to requests for comment.

“During the period from January 2016 until February 2018, Federal Express records showed 70,230 pounds (or 31,992.7 kilograms) of what was believed to be drugs or bulk U.S. currency was sent through Federal Express using the five (5) accounts,” according to court records.

Border Patrol agents seized about 600 pounds of marijuana from Hernandez and Ortiz in October 2017.

“This marihuana had been flown from Mexico into the United States and dropped from a crop duster aircraft,” according to court records.

“Discussions focused around the plans for dropping the marijuana in a field,” according to court records.
Galvan pleaded not guilty.

“The marihuana had been seized because a Federal Express driver became suspicious of the package and called the police,” according to court records, which refer to the Charleston Police Department as CPD. “Once the marijuana was seized, the CPD re-sealed the box and place it (sic) into a vehicle on the street of the addressee under surveillance. Nobody approached the vehicle to retrieve the package and the box was retrieved after surveillance ceased.”

Agents intercepted phone calls between Hernandez and Ortiz about the package.

They “spoke numerous times over monitored telephones and were intercepted discussing in great detail how they had people on the street with this vehicle watching and that something was unusual,” according to court records. “The fact that a different colored tape was used to re-seal the box was noted.”

The drug trafficking charge is punishable by 10 years to life in prison.

As part of the plea agreement, Hernandez agreed to forfeit nearly $1.3 million and a home in Rancho Viejo.

Sentencing is scheduled for Nov. 20.