Two men who robbed a jewelry store at La Plaza Mall last year will spend more than a decade in prison. 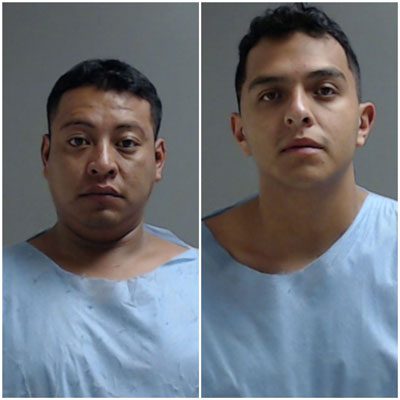 Mejia and Olvera caused a panic at La Plaza Mall in July 2018, when they smashed glass display cases at the Deutsch & Deutsch jewelry store with sledge hammers.

Shoppers mistook the sound for gunshots.

Off-duty police officers — including an officer shopping with his family and another officer working a security job at the mall — responded within minutes. They arrested Mejia, Olvera and five other men.

In just a few minutes, though, the men had snatched about $2.6 million worth of Rolex watches, diamonds and jewelry, according to an inventory prepared by the McAllen Police Department. They also caused about $900,000 in damage to Deutsch & Deutsch.

All seven men who participated in the poorly planned heist pleaded guilty to five counts of aggravated robbery, a first-degree felony punishable by 5 years to life in prison.

Mejia, who brandished a BB gun during the robbery, will serve 15 years in prison. The judge also assessed a $2,500 fine and ordered Mejia to pay $10,000 in restitution.

Olvera, who smashed the glass display cases with a hammer, will serve 12 years in prison. The judge also assessed a $1,500 fine and ordered Olvera to pay $10,000 in restitution.

Attorneys for Mejia and Olvera didn’t respond to a request for comment.