The La Joya Coyotes had to come from behind in the fourth quarter Friday night to make it three wins in a row over the Palmview Lobos. It was senior running back Eddie Villarreal’s second rushing touchdown of the night with only 3:36 remaining in the game that put the Coyotes ahead to stay in their 13-12 season opening victory.

It was the Lobos’ special teams that opened the scoring in the game when the Coyotes were attempting a punt deep in their own territory and a bad snap from center bounced over the punter’s head and went out of the back of the end zone for a safety. Then with 3:02 remaining in the first half, the Lobos tacked on a touchdown with a one-yard keeper by quarterback David Gonzalez. That made the score 9-0 Palmview at the intermission. 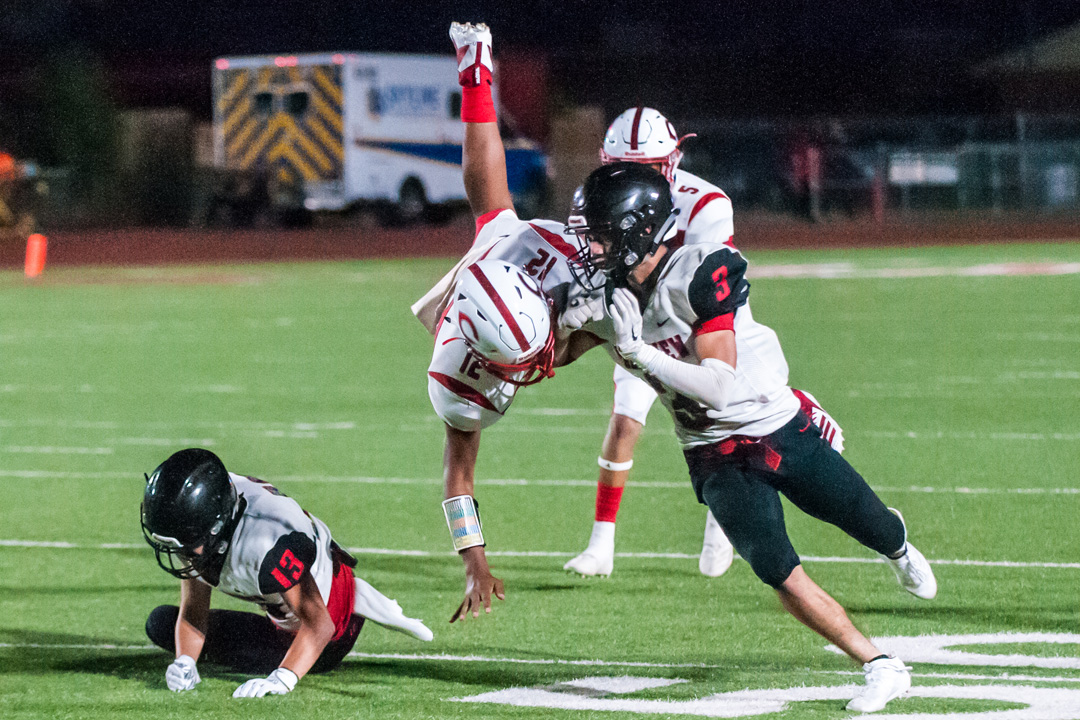 Early in the third quarter Villarreal scored his first touchdown of the game for the Coyotes on a one-yard dive into the end zone to make the score 9-7 Palmview. The Lobos extended their lead later in the same quarter by tacking on a field goal. That made the score 12-7 in favor of the Lobos heading into the fourth quarter.

La Joya junior quarterback Carlos Valero did not start the game but after a series of fumbles on snaps from center caused the Coyotes’ drives to stall in the early going, he came in to help lead his team on to victory.

When asked how it felt to beat the Lobos, Valero said, “It feels good. They were talking a lot of smack so we just had to punch it in and we let our play on the field do the talking tonight.”

As the home team, the Coyotes had the bleachers on the west side of the field. The fact that there were significantly more fans on the La Joya side than there were on the Palmview side, is something that Villarreal not only noticed, but also was eager to talk about.

“I think they sold 1,000 student tickets for this game,” Villarreal said. “It feels great to see so many people come to support us. We were down in the first half but as soon as we got up, the fans showed that they hadn’t given up on us. It wasn’t a good game but we gave the fans a show in the second half and we prevailed.”

To view photos from this game, visit our online gallery by clicking here.