When he arrived in Auxiliary Court A on Tuesday morning, Francisco “Pancho” Flores didn’t turn any heads.

Back in October 2015, when Sullivan City police officers charged him with possession of cocaine, Flores served on the Agua Special Utility District board. In August 2019, he’s just another rancher from Diaz Ordaz. 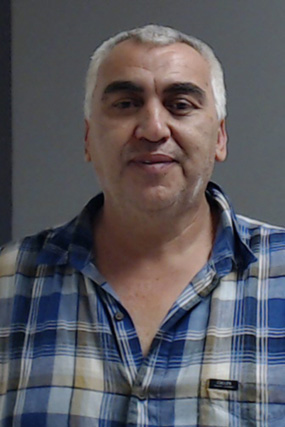 The criminal case against him, though, remains pending — nearly four years after the arrest.

Delays plagued the case from the beginning.

About seven months after the arrest, a grand jury indicted Flores on the charge of possession of less than 1 gram of cocaine, a state jail felony. Prosecutors also accepted a misdemeanor reckless driving charge against Flores.

The Hidalgo County District Clerk’s Office attempted to notify Flores by mail, but the U.S. Postal Service returned the letter with a note: “Return to Sender. No such number.”

A state district judge signed an arrest warrant, but Flores wasn’t arrested. He continued to cross the border between Texas and Tamaulipas without any problems.

In October 2016, he made a surprise appearance in court, which convinced the judge to recall the warrant. The case quickly stalled.

The court rescheduled hearings a dozen times from December 2016 to August 2019, according to the docket. He frequently failed to appear in court, which delayed the case and prompted judges to sign arrest warrants in June 2016, April 2017, May 2018, September 2018 and December 2018.

Both De La Fuente and Rodriguez, the district attorney, said they want to resolve the case as quickly as possible.

The delays, though, may cause major problems for prosecutors.

After the October 2015 arrest, all three officers involved left the Sullivan City Police Department after being accused of misconduct.

Police Chief Miguel Martinez resigned in April 2016 after a grand jury indicted him on charges of abuse of official capacity and theft by a public servant. The charges against Martinez, who pleaded not guilty, remain pending.

Sgt. Daniel Duran, who stopped Flores for reckless driving, resigned in June 2016. He’s a witness in the case against Martinez.

The city suspended Duran after another officer accused him of accepting gifts while on patrol. He denied the allegations.

Inv. Reynaldo Cortes Jr. left the department in October 2016. The city suspended Cortes for failing to stop another officer from taking stray bits of marijuana from the police department. He was also accused of failing to report a felony.

Cortes eventually returned to the department as a patrolman.

With the case pending, both Rodriguez and De La Fuente declined to comment on how the credibility of police officers involved in the arrest might affect the case.

Flores is scheduled for a pretrial hearing on Sept. 17.