Four months after a surprise groundbreaking for his future home, U.S. Marine Corps Corporal Miguel Simental and his family were welcomed into their new house-providing a literal strong base for the family.

On Thursday, Aug. 22, Simental and his family received the red-carpet treatment as they went to their new, 2,400 square-foot one story house at McAllen’s Las Villas del Rio at the Groves. 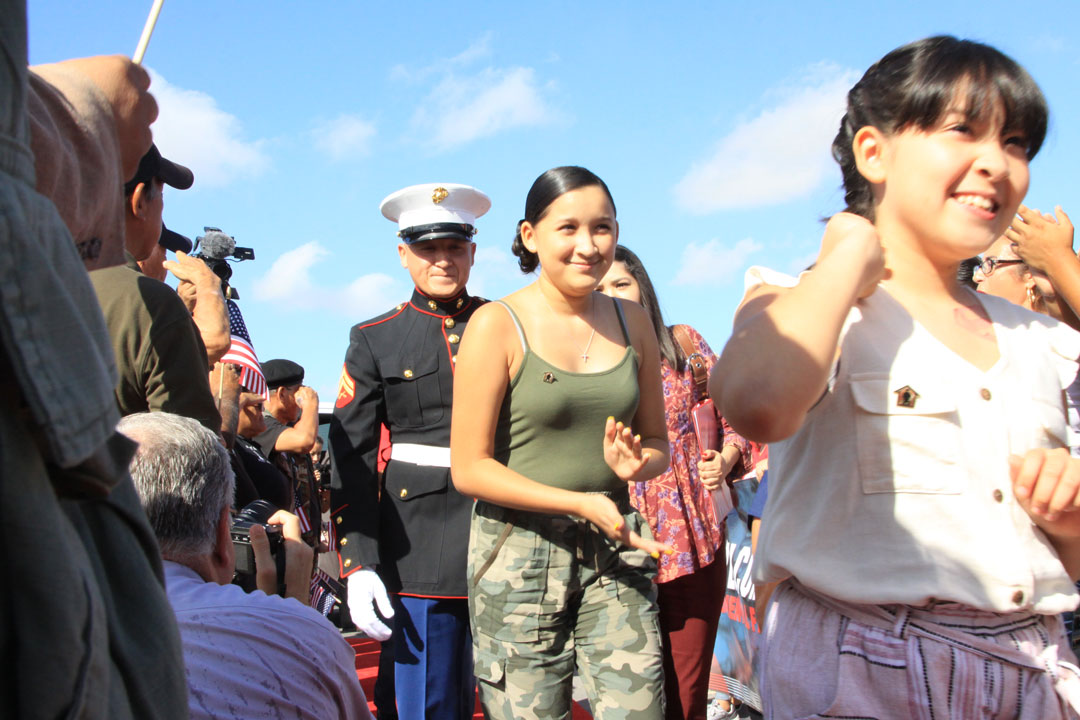 The house will accommodate his wife and three daughters and came fully furnished. Officials from the city of McAllen, HEB and others were there to witness Simental’s homecoming.

Construction of it was made possible through a partnership with HEB, the local construction company Venturo Interests and the national organization Operation Family Home, which has completed 187 similar projects across 35 states.

As part of the project, all permit fees were waived.

“You’ve literally built a solid foundation for my family,” Simental told the crowd. “I can’t thank everyone enough for all their love and support and compassion toward my family and I. I remember how Mayor Jim Darling said veterans like me are always reminded of our service to our country because of our injuries. Now I will be reminded of how much love there is in this country because of your service to us.”

Simental is a Purple Heart recipient who was wounded in Iraq in 2004 from an improvised explosive device, resulting in the loss of his leg, according to Operation Finally Home Vice President Lee Kirgan.

Simental’s home was the second one the organization built in the Valley, with two more local projects in the works, Kirgan said.

For Kirgan, homes for veterans like Simental is a way to give back to veterans who have served their country.

“Miguel answered his country’s call to war and lost part of himself in combat protecting our families, our freedoms and our way of life.” Kirgin said. “He’ll never regain what he lost in the battlefield… But together, we have given him a chance to start a new life.”

Joey Holland, president of Venturo Interests, said the project to build Simental’s home was special as the two of them went to middle school together.

“I’ve been honored and blessed to have spent the last four years with veterans and you come to realize that these men and women are no different than us,” Holland said. “They just signed up to potentially make the ultimate sacrifice. That to me says a lot about these men and women who put it all on the line for complete strangers. Veterans, Miguel especially, you should know there is a community behind you.”

After the opening, Simental addressed the crowd, thanking them for their support.

“The blessings have given me a desire to keep on pushing forward,” Simental said through tears. “This blessing of a mortgage free home will alleviate any burdens we can see. It’s because of people like all of you doing this that I would not think twice about rising up to take that stand for the country again. All I’ve ever wanted was a family, now I look left and right and feel surrounded by it.”